Blog
Summa Linguae » News » Blog » Bot or not? Guess who wrote this text!

Bot or not? Guess who wrote this text! 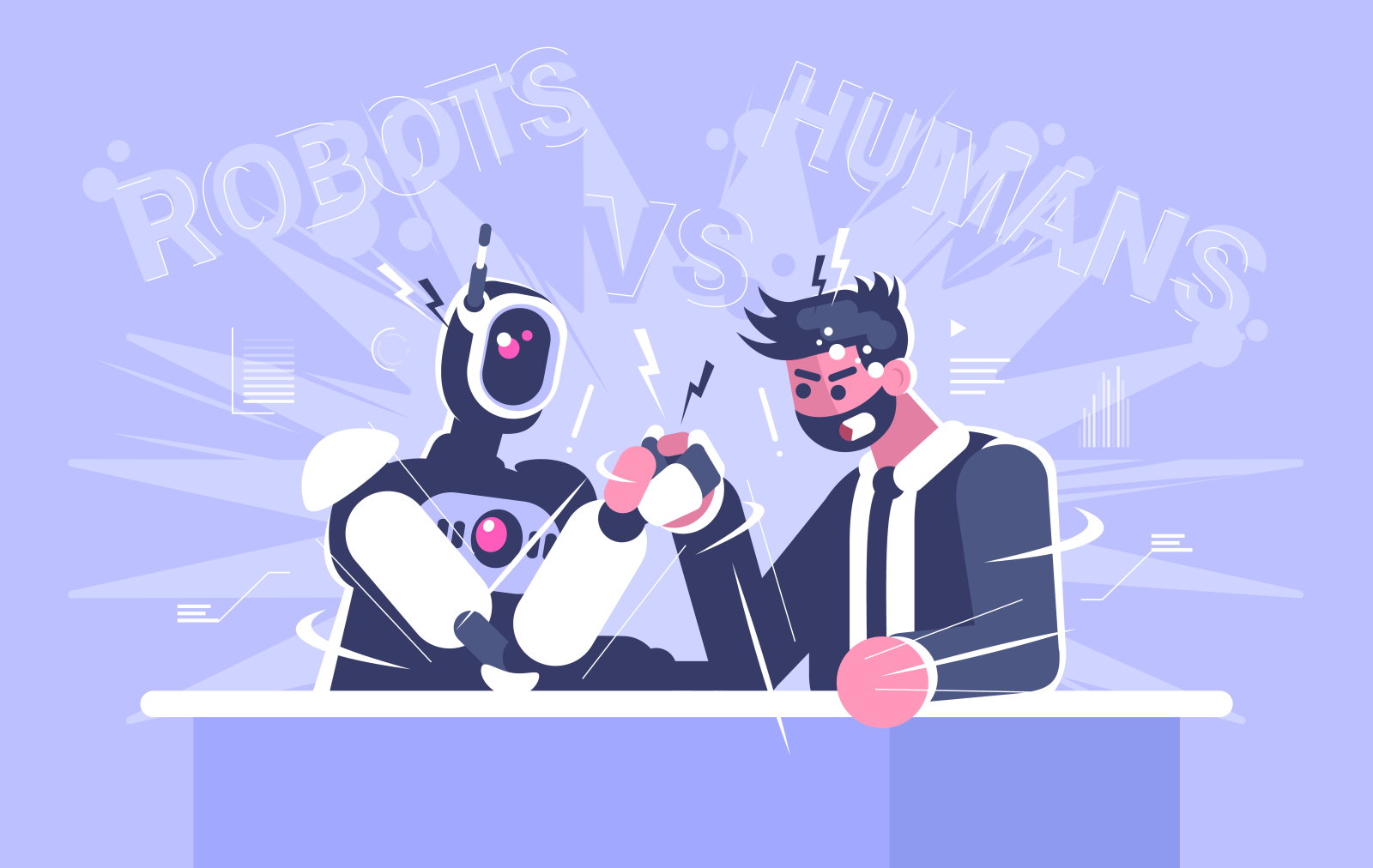 There is more and more talk about the possibilities of artificial intelligence (AI). Improving and automating business processes or analysing large amounts of data are not the only fields of interest. It turns out that AI is also great for creating content like newspaper articles and for automatic text translation.

Occasionally, bots get their work done so close to perfection that it is difficult to distinguish it from the one that comes from the hand of man. Now, are you ready to try? Follow our new series “Bot or not” and guess who is the translator of the article you are reading.

Those more and those less intelligent bots are already working in editorial offices
Bots boldly enter industries that have always been considered creative and inventive. In 2016, the Washington Post editors began testing the robot – Heliograph. It was not later than the next year, when the automatic machine created 850 articles, mostly about the US presidential election. The bot not only “wrote” texts for the journal, but also published entries on their Twitter.

Heliograph has been equipped with artificial intelligence algorithms which enabled him to create short notes based on the data provided. His first serious “work” was to write reports concerning the Olympic Games in Rio. Surprisingly, he was doing well enough that soon he was also involved in writing messages about the presidential election. The result of his work was impressive – nearly 1000 texts which generated nearly 500 000 views. Click for more

Harry Potter and the Bot’s penny dreadful
Bots, however, are not always that good at creating content. A grotesque example of their work can be seen in the chapter of the book about the adventures of Harry Potter called “Harry Potter and a portrait of what looks like a huge pile of ash.” The algorithm responsible for creating this text first received data from seven volumes of the novel, learned the language used by the author and, on this basis, wrote a new chapter of the book. Although the result is grammatically correct and has dialogues and quotes, it makes absolutely no sense. Click for more

Who is to be blamed? The bot’s technical sophistication was not particularly top notch. Not all such automatic machines are equipped with highly developed artificial intelligence. Sometimes some “rigid code” causes bots to make decisions based on a one-way algorithm. The greater flexibility of the system, the more impressive the possibilities. That is why more advanced technologies are needed for proper automatic translation or press articles creation.

How does a bot reporter work?
In general, the process of creating automated journalistic materials is similar. The journalist specifies the data set, programmers write a template with basic content and types of sentences that must appear in the article. Then, the algorithm analyses information provided and writes a text. Therefore, news created by bots has some limitations – they usually consider only the things like data compilation e.g. election forecasts or corporate sales results.

Texts created by bots also require editing. In the Associated Press news agency, which has been using AI solutions since 2014, reporters modify headlines, titles and change the language of texts to less machine-like. Cooperation with the bot, however, makes the editorial work significantly easier. It takes just 5 minutes to prepare a ready message and the agency estimates that a total of 700,000 will be produced annually. Click for more

In Bloomberg News, as much as a third of content is created using automated technology called Cyborg. The bot can create a report on the company’s financial results immediately after their appearance. Click for more

Today, many texts written or translated by bots are indistinguishable from those created by man. What do you think – who translated the text you have just read?

SummaTalks: How to Keep Employees Engaged Across Various Locations

Brand videos: Are they worth translating?

SummaTalks: How to Balance Professional and Personal Life While Working From Home

Machine Learning Technology and its Impact on World Trade