Mobile App Localization – The ‘Why’ and ‘How’

Prev5 Ways to Make your UI Global-Audience Friendly07 March 2018Next

When the image is in the foreground21 March 2018

Mobile apps have made themselves indispensable to the smartphone-toting world today. Nowadays, people know exactly what they want, they are not patient enough to sit back and wait—we want it all NOW. This is where mobile apps score over the computers. With most of the information stored within the app itself, the ‘waiting’ and ‘searching’ time is reduced to a considerable extent. Apps are much faster with an enhanced level of user-friendliness, cost-effectiveness and extremely convenient when you are on the go.

Okay, so you have your company app on the app store, that is, it is ‘globally available’ to be downloaded by anyone located anywhere in the world. Good, that takes care of the first step. The next pertinent question you must ask yourself is “Is your app ‘globally ready’ for the global audiences you are looking to target?” One needs to understand that there is a world of a difference between being ‘globally available’ and being ‘globally ready’. The latter can be achieved only by means of localizing your app keeping in mind the key audience segments.

David Janner, app developer and the founder and editor of Make App magazine, performed an app localization experiment. He found that before an app was localized, approximately 76% of the total app traffic comprised of countries that spoke English as a primary language with 3000 downloads per month. After the app was translated and localized, the downloads jumped to 23000 per month, a whopping 767% more than before, and now only 10% of the app traffic were English-speaking users. This showed that once the app was localized, it was ‘globally ready’ and performed way better than when it was just ‘globally available’.

Why localize mobile apps? Let the numbers do the talking.

Simply put, localizing your apps leads to additional downloads, followed by additional customers and corresponding additional purchases, which is exactly what businesses look out for in global markets.

While all this might seem too much to handle while developing and maintaining a helpful, user-friendly app, there is a one-stop solution. Language service providers specialize in providing solutions from consulting for beginning with the right global strategy, to end-to-end localization and testing of the app. 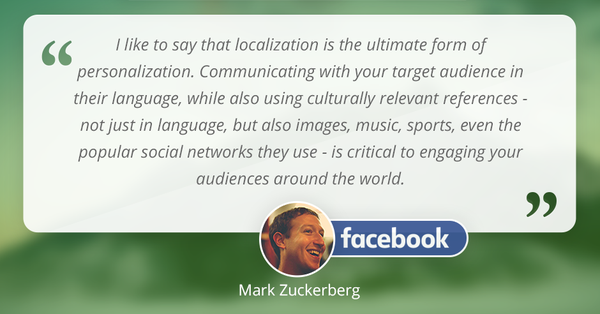 What can be a better way than localization through which you get to effectively communicate with customers worldwide and project a strong international image.

A Brief History of Machine Translation: When did it start?