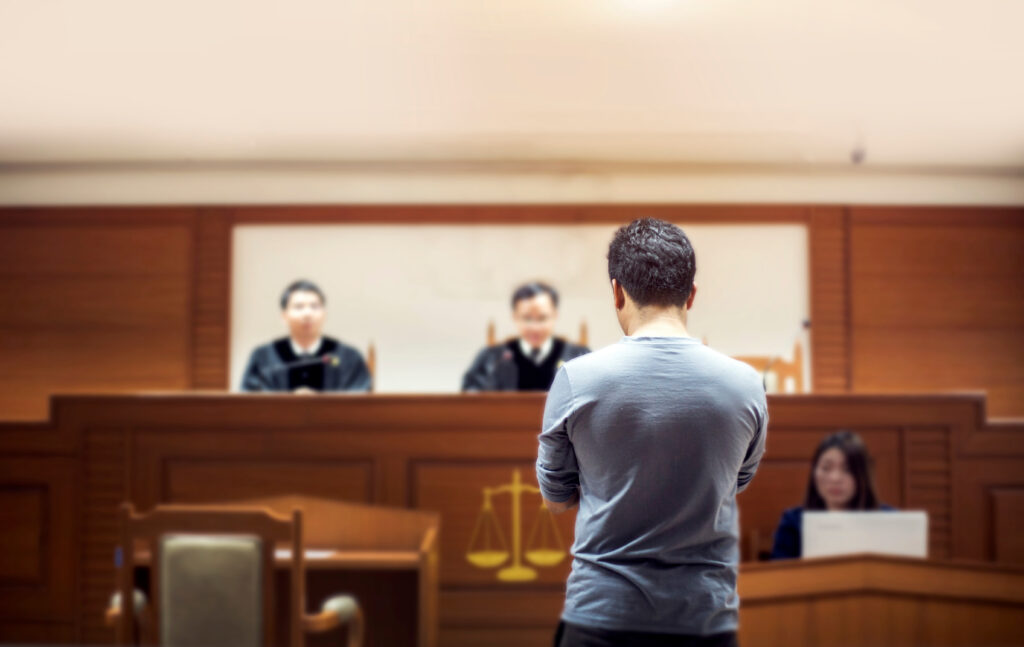 An AI lawyer chatbot could bring affordable legal representation. But the jury’s still out on whether it can replace human lawyers.

In the series Better Call Saul, the titular character (also known as Jimmy McGill) often runs from client to client in an Albuquerque courtroom.

He offers some level of legal representation, while also churning through clients for billing purposes.

Concurrently, his partner Kim Wexler dreams of a pro bono practice. There, she can defend individuals who don’t have the means to pay for fair representation.

Early in 2023, an AI chatbot will respond to questions while advising two individuals fighting speeding tickets in courtrooms in undisclosed American cities.

That’s three very different approaches. One for the money, another for the people, and the third maybe a bit of both.

So, what’s the verdict? Let’s state the case.

Their goal is to level the playing field and make legal information and self-help accessible to everyone.

Their latest AI experiment began back in 2021. At that point, businesses got early access to GPT-3. That’s the same AI tool used by the startup OpenAI to create ChatGPT.

Everyone was recently talking about ChatGPT’s dialogue format that makes it possible for the chatbot to answer follow-up questions, admit mistakes, challenge incorrect premises, and reject inappropriate requests.

In December, DoNotPay CEP Joshua Browder pitched an idea via a tweet. Have someone wear Apple AirPods in traffic court so that the AI can hear what’s happening through the microphone, and feed responses through the earbud.

Anyone with a speeding ticket hearing coming up, please DM me.

We want to build a @donotpay bot that listens to the court hearing via your AirPods and whispers what to say with GPT-3 and LLMs.

We just want to experiment and will pay the ticket, even if you lose!

The whole idea is to take a Wexler approach where legal aid isn’t an option. Browder says expensive legal fees keep people from hiring traditional lawyers to fight for them in traffic court. This exposes them to fines that can reach thousands of dollars.

Maybe a chatbot can intervene.

“Most people can’t afford legal representation,” Browder said in an interview, per CNET. Using the AI in a real court situation “will be a proof of concept for courts to allow technology in the courtroom.”

Will there be any objections? And on what grounds?

Challenges Faced by an AI Lawyer

First, many states and districts limit legal advisors to those with actual licenses to practice law.

Second, there are some privacy concerns. The AI records audio to interpret what it hears, and many courts don’t permit this.

Third, and most glaringly, the American Bar Association warns anyone using AI tools to be mindful of biases instilled in the tools themselves.

With ChatGPT, for example, there’s a risk of users believing what they are told, even if it isn’t true. The software isn’t accurate all the time. It can write “plausible sounding but incorrect answers”, as OpenAI openly admits.

This could possibly lower one’s critical radar. As a result, we take the responses at face value. This could be risky if the data from which the bot draws may not be accurate or may demonstrate a certain bias.

Additionally, and more dangerously, if legal cases that train an AI search engine are weighted toward finding people of color guilty, the AI will begin to associate guilt with specific races regardless of the facts and context, Nathalie Smuha, a legal scholar and philosopher at the KU Leuven in Belgium, told The Daily Beast.

“There is a risk that the systemic bias that already exists in the legal system will be exacerbated by relying on systems that reflect those biases,” she said. “So, you kind of have a loop, where it never gets better, because the system is already not perfect.”

DoNotPay has reportedly taken steps to limit any potential bias by ensuring that the part of the bot responsible for absorbing case facts and making legal arguments doesn’t know the identity of the client or any major personal details beyond vehicle type and traffic signage.

Add it all up and, as Browder admits, the AI lawyer is “a great high school student, but we need to send it to law school,” he said.

Traffic tickets are fairly low stakes court proceedings, but do you want a high school student making your case?

Think about a law student. They learn precedent from past cases, engage in mock trials, and pick up as much knowledge and experience as possible along the way.

Similarly, the AI lawyer will be as good as the quality of its input data. And you achieve that through comprehensive data collection and annotation.

DoNotPay’s law school for the AI lawyer looks like mock trials run by team members. They feed the algorithms a steady diet of legal documents from publicly available court records. DoNotPay also has a library roster of 2.75 million cases, according to Browder.

Annotation is key, though. With respect to legal cases, for example, that’s the tagging and labeling of text data to help further developments in natural language processing (NLP).

The goal of NLP is to create programs that can both recognize comprehensible human speech and communicate it back to produce easy, natural interaction with AI. The goal, as always, is to reduce bias and increase inclusivity.

In this case, you gather case details and court transcriptions from a wide variety of contexts, and a team steps in to label it accordingly.

As a result, the algorithm can make associations necessary to represent the best interest of the client.

Educate Your AI with the Best Text Data Annotation

You can make your data meaningful and train your algorithm free from biases with our labeling and classification services for text, speech, image, and video data.

We adapt to your unique setup. Enjoy 100% flexibility when it comes to data and file structure.

We offer text annotation services in multiple languages to make localization as simple as possible.

Why Call Center Data Is Such a Valuable Resource