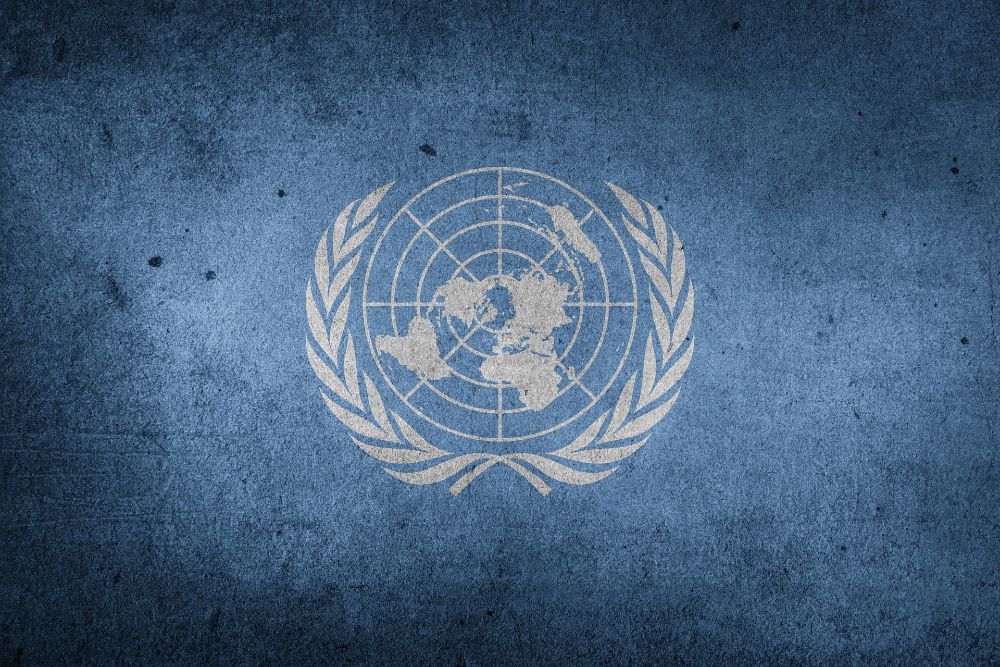 International organizations like the United Nations or the European Union are among the most respected employers in the interpreting world. What does the way to the top look like and what can you expect once you reach it?

At the UN General Assembly in 2009, Muammar Gaddafi spoke for over 75 minutes. The rules state that a speaker can speak for maximum 15 minutes, but Gaddafi significantly extended his speech. That put a burden on his interpreter with an unimaginable effort.

His speech was so exhausting that his interpreter quit after 75 minutes. Another interpreter had to jump in for the rest of the speech.

While this incident was unusual, it shows how exhaustive it is to do the work of a simultaneous interpreting for the UN.

What does the work of simultaneous interpreters working for the UN in “normal” conditions look like?

Interpreting for the UN

UN rules stipulate that representatives of national delegations must speak in one of the six official languages. The speech is then interpreted into other languages by UN interpreters.

If, however, the speaker chooses to speak in his or her mother tongue or dialect, he or she is obliged to have a personal interpreter. Gaddafi, for example, claimed that he would speak in a dialect which Arabic interpreters present during his speech did not understand.

UN interpreters usually interpret utterances from a foreign language into their mother tongues. There are two exceptions, however: Chinese and Arabic.

Adequately qualified interpreters of these languages are very scarce, which is why they usually interpret both ways. Moreover, as in the case of other events, interpreters work in pairs, replacing each other more or less every 30 minutes. The exception is Chinese and Arabic interpreters who work in three-person teams and replace one another more often.

Others, using the so-called relay interpreting (i.e. interpreting via one more language), interpret from English into “their” languages, e.g. Spanish or French.

In the UN Assembly Hall, there are eight booths, two for each official language and an extra two for other dialects. The relay system, in which an utterance is interpreted twice, may result in some deficiencies.

Therefore, they sometimes verify speeches before publishing them. To minimize the risk of mistakes, the UN does not allow more than one language in the relay system.

The World Championship of Interpreting

Interpreters are present at each plenary session and meetings of special committees or politicians. They are the elite among their colleagues and have to go a long way before they start working for the UN.

Therefore, the General Assembly (held once a year and attended by delegations from all member states) can be called the world championship in interpreting. In one room, not only do you have the most powerful politicians of the world, but you also have the crème de la crème of interpreters.

But this is not work for everyone. UN simultaneous interpreters work under enormous pressure.

First of all, this type of rendition is one of the most exhaustive activities for the human brain. Second of all, interpreters bear a significant part of responsibility for global order.

Remember, the UN General Assembly is an event during which such issues as international security, energy policy, environment protection, humanitarian missions or even the use of nuclear weapons are discussed.

That is why very few simultaneous interpreters pass the test that proves whether they can work for the UN. They have to meet very strict requirements.

Besides obvious interpreting skills, they have to be resilient to continuous stress and be able to quickly respond to changes, work under time pressure and adapt to different situations. They also have to be smart.

If you want to see what the everyday work of UN interpreters looks like, check out the following video, “A Day in the Life of Real Interpreters”:

Interpreting Services to Grow Your Business

Summa Linguae Technologies provides remote interpreting services to help you navigate any conversation in any language at any time.

We work with a network of specialized interpreters that can offer interpreting in many forms, including:

To learn how we can provide your business with managed interpreting services, contact us today.

6 Myths About the Translation and Interpretation Industry

There are myths out there regarding all areas of business. The translation and interpretation industry is ...

As India is a multilingual country, interpretation in the field of medicine is a roaring business. Every d...

Reflecting on Language Diversity in India

Language diversity in India is definitely a strength, with 22 languages and over 720 dialects. Localize y...