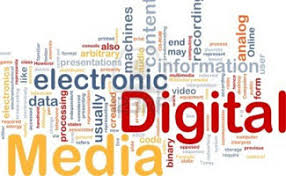 Integration of digital technologies into everyday life by the digitization of everything that can be digitized – this is called Digitalization.

Digitalization can be understood better by breaking it down into three simpler components.

– Electronization – The process of taking an item or process from paper-based form and electronically producing it.

– Digitization – Conversion of analogue information in any form (text, photographs or voice) to digital form with suitable electronic devices so that the information can be processed, stored and transmitted through digital circuits, equipment and networks.

The term in question could be used in several different contexts. For instance, certain software may be able to ‘digitalize’ a company’s records and hence do away with the use of traditional filing cabinets – thus saving up on physical space and encouraging ease of access. A traditional wrist watch which earlier served the purpose only of showing time is being ‘digitalized’ into a smartwatch with a touchscreen display – a step ahead of carrying around the world in your pocket, since now it’s on your wrist. What’s more, content in all types and forms is being ‘digitalized’ in our own country into different Indian languages to ensure India is on its way to becoming a digitally literate-cum-empowered nation with internet access reaching every nook and corner, rural and urban.

‘India is the world’s largest experiment in digitalization.’
– B. Santhanam (Saint-Gobain India)

Let’s have a look at some of the headlines doing the rounds in the past couple of months in our leading national dailies, both online and offline.

– ‘On the anvil – Multi language support for Indian languages on mobile handsets as a standard feature’ (DataQuest India, December 2015)

And so on and so forth. The ‘Digital India’ campaign was officially launched by the Prime Minister of India on July 2, 2015 and there has been a constant slew of new initiatives since then whose main motto has been: ‘Power to Empower’ the country. The campaign aims to get rid of India’s great digital divide by addressing two major issues which are considered to be the root cause for the same – one, lack of internet access in several regions of the country; two, the unavailability of localized digital content in regional languages to reach out to the masses.

Role of Languages in Digitalization of India 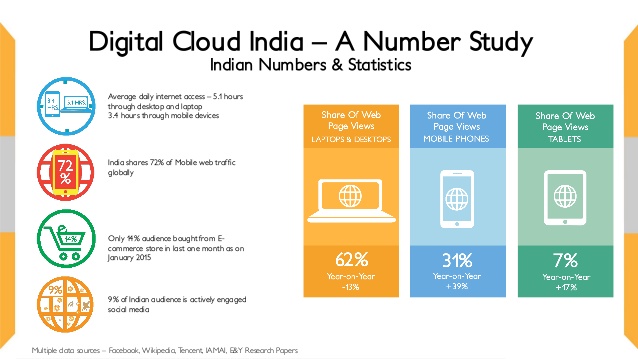 As of December 2015, it was estimated that the number of Indians who could speak English was a mere 200 million. In stark contrast, Hindi, which is pegged to be the fourth largest spoken language in the world, has a speaker base of approximately double; 400 million, and yet, hardly a substantial internet presence. Also, a majority of the other 800-million plus Indians are fast gaining access to the internet in the modern day rapidly digitizing India, thanks to the growing use of smartphones in the Indian market.

It is evident from the above facts and figures that the future growth of internet user base in India comprises largely of the increasing numbers of regional language internet users. Hence, languages tend to play a crucial role in the digitalization of the country on the whole.

We are all aware of the great ‘digital divide’ that exists in India – the gulf or gap between regions and people that have ready access to modern information and communication technology (read: the internet) and those that have restricted or no access to the same. Going a step further we come across another phrase which holds relevance in our country today – the ‘digital language divide’.

It would not be wrong to refer to the internet as a linguistic revolution of sorts. Around 20 years ago in the mid 1990’s, the English language made up almost 80% of the overall content on the internet. As of now, it has shrunk to a mere 30%, with other languages claiming its space. The trend is there for all to see on social media platforms like Twitter too: 49% of the total tweets are in languages other than English.

Why your firm should adopt Digitization of Indian Languages NOW

‘The conversion of all sorts of cultural contents into bits and bytes opens up a completely new dimension of reaching traditional and new audiences by providing access to cultural heritage resources in ways unimaginable a decade ago.’
(Mulrenin and Geser, 2001) 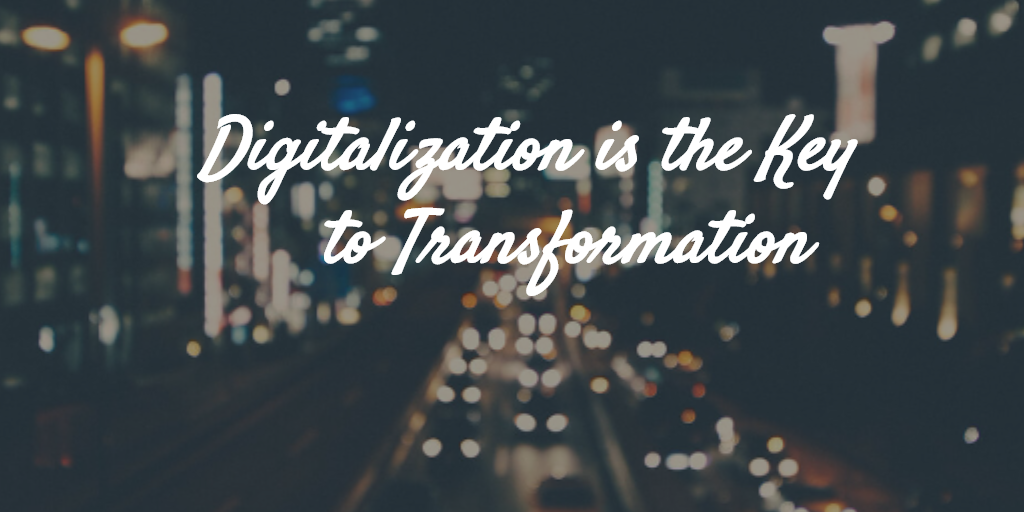 Rajan Anandan, Google VP and Managing Director, South East Asia and India says their company’s big goal as a part of the Digital India initiative is to focus on bringing more Indic language content online, since the internet even today is predominantly an English-only medium in the country. Why the major focus on Indic languages though?

“Many of the next 100 to 200 million Indians who come online won’t speak English. Empowering them to benefit from the internet and getting 20 million SMEs online by 2017 is our target.”

In June 2015, the revenue expenditure on online advertisements in the local language was 5% in India. It is expected to jump to a whopping 30% in the next 5 years. Research has proved time and again that the influence and scope of e-commerce in tier-II and tier-III cities is immense. For businesses looking to make a foray into these potential markets, taking the language plunge the digital way (especially through popular social media platforms) is a prerequisite. Both translation as well as localization plays an important role here in getting the right message across to the target audience.