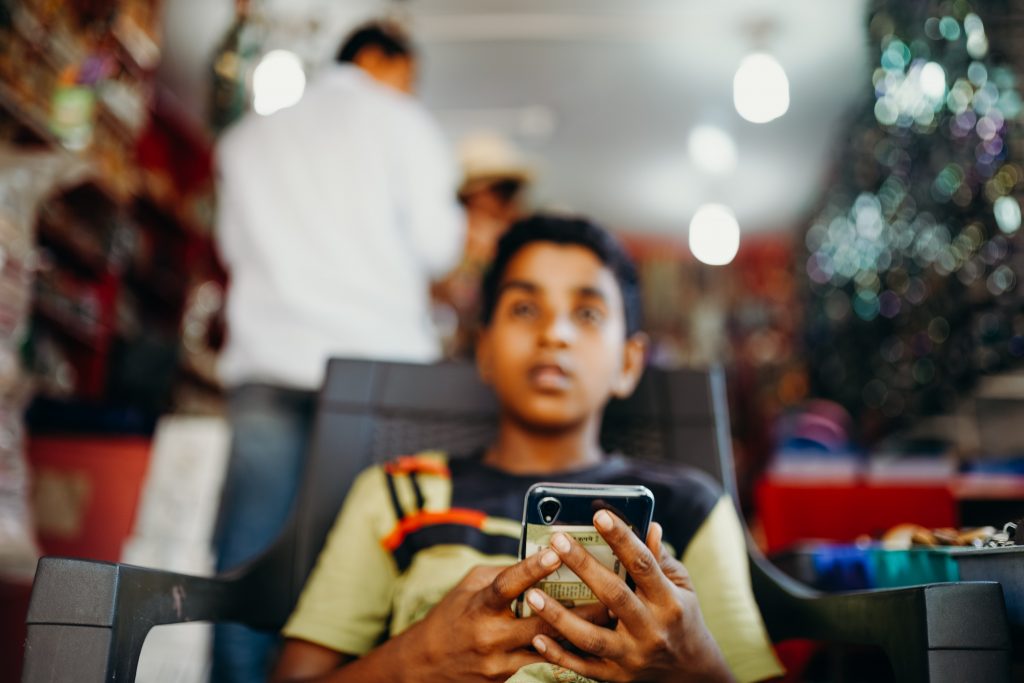 The ‘Digital India’ campaign was officially launched in 2015. The campaign aims to get rid of India’s great digital divide by addressing two major issues.

One, a lack of internet access in several regions of the country; and two, the unavailability of localized digital content in regional languages to reach out to the masses.

So, in this article, we outline the elements of digitalization. Additionally, we discuss great opportunities that exist for companies on the forefront of this process.

Digitalization is the integration of digital technologies into everyday life.

Let’s break it down into three simpler components:

‘Digitalization’ takes place in several different contexts. For instance, certain software may be able to ‘digitalize’ a company’s records. This does away with the need for filing cabinets–saving physical space and promoting ease of access.

Or take a traditional wristwatch. Once used only for showing time, we now use smartwatches with a touchscreen display.

‘India is the world’s largest experiment in digitalization.’
– B. Santhanam (Saint-Gobain India)

Internet access now reaches every corner of India, both rural and urban. Thus, ‘digitalization’ is available for of all types and forms of content into different Indian languages.

And as a result, India is becoming a more digitally literate nation.

Back in the mid-1990s, the English language made up almost 80% of content on the internet. Subsequently, it shrunk to a mere 30%, with other languages claiming its space.

The trend is there for all to see on social media platforms like Twitter. 49% of the total tweets are in languages other than English.

The Role of Languages

As of December 2015, the number of English-speaking Indians was a mere 200 million. In stark contrast, Hindi, the fourth-largest spoken language in the world, has a speaker base of 400 million.

Hindi, though, does not have a substantial internet presence.

A majority of the other 800-million-plus Indians are fast gaining access to the internet thanks to the growing use of smartphones in the Indian market.

It’s evident from these figures that the future growth of India’s internet user base will come from regional language internet users.

Therefore, localization will play a crucial role in the digitalization of the country overall.

We are all aware of the great ‘digital divide’ that exists in India. That’s the gulf or gap between regions and people that have ready access to modern information and communication technology, and those that have restricted or no access.

Going a step further, we come across another phrase that holds relevance in the country today: the ‘digital language divide’.

Why Companies Should Prioritize the Digitalization of Indian Languages

‘The conversion of all sorts of cultural contents into bits and bytes opens up a completely new dimension of reaching traditional and new audiences by providing access to cultural heritage resources in ways unimaginable a decade ago.’
(Mulrenin and Geser, 2001)

So, why the major focus on Indian languages? Many of the next 100 to 200 million Indians who come online won’t speak English, and there’s a clear need for each of the following:

The customer needs everything to be pre-activated, fully functional, and automated with all information, FAQs, and customer support available in the localized language without any hassles. Going digital gives business that power. Single-click instant delivery of products and services ordered online, full access to a customer’s likes and dislikes along with their preferences, and performance tracking of individual products all becomes much more simplified.

Digitalization is the most way to enter new markets. For example, a shoe store can maintain a digital inventory of all models and sizes available to increase operational efficiency. Additionally, automated customer service support in a regional language has two-way benefits—both for the customers in the form of better service, and for the company by reducing employee headcount costs.

3. More enhanced access and connectivity to a wider community

Smartphones are getting cheaper and so are 3G, 4G, and soon-to-be 5G services. But, due to poor connectivity and lack of local language content in the remote areas of the country, vast potential markets remain largely untapped. Providing good quality, easily accessible digital content in the local dialects of the people in these areas is therefore bound to enhance connectivity.

In June 2015, the revenue expenditure on online advertisements in the local language was 5% in India. It was expected to jump to a whopping 30% in the following 5 years, though.

Research has proven time and again that the influence and scope of e-commerce in tier-II and tier-III cities is immense. For businesses looking to make a foray into these potential markets, taking the language plunge the digital way is a prerequisite, especially through popular social media platforms.

Translation and localization play an important role here in getting the right message across to the target audience.

So, to bring a greater majority of the population online, content generation in local languages is key.

Sundar Pichai, Google Inc. Chief Executive, has proclaimed that the company will make it viable to use Android to type in 11 Indian languages.

The Government has even launched a web domain – .bharat – to enable web users to key in internet addresses in the Devanagari script.

Speaking the citizens’ languages and bringing a greater number of people than ever into the digital mainstream remains the goal moving deeper into the 2020s.

What’s next for the digitalization of content in India?

The concept of digital media existing as an offshoot of print media needs an overhaul. Only when digital media assumes an independent existence can it actively expand its presence to the masses.

Websites and social media platforms need to become more regional-language friendly to enable a wider user base. This will ensure ease of access and interaction among erstwhile non-users of the internet that are new to the medium.

Wikipedia has shown us the way: The largest and most popular general reference encyclopedia on the internet features 36 million articles in more than 290 different languages.

Gone are the days when one would physically visit a library and sift through the books lining the shelves. Digitalization can pave the way for a free-to-read, extensive digital library accessible to anyone and everyone, 24/7 at the click of a mouse or by scrolling on your mobile device.

The internet is scaling rapidly among Indian users. The digitalization of Indian languages must be prioritized in order to tap the potential of these rapidly growing regional pockets of people who are quickly turning internet-savvy.

Are you ready for a digitalized India?

India is estimated to contribute to more than 40% of new internet users in the world over the next half decade. In short, the future for Digital India is promising.

Prepare for the future by investing in data solutions and localization services.

Get your content in native Indian languages and your products in the hands of those who speak them.