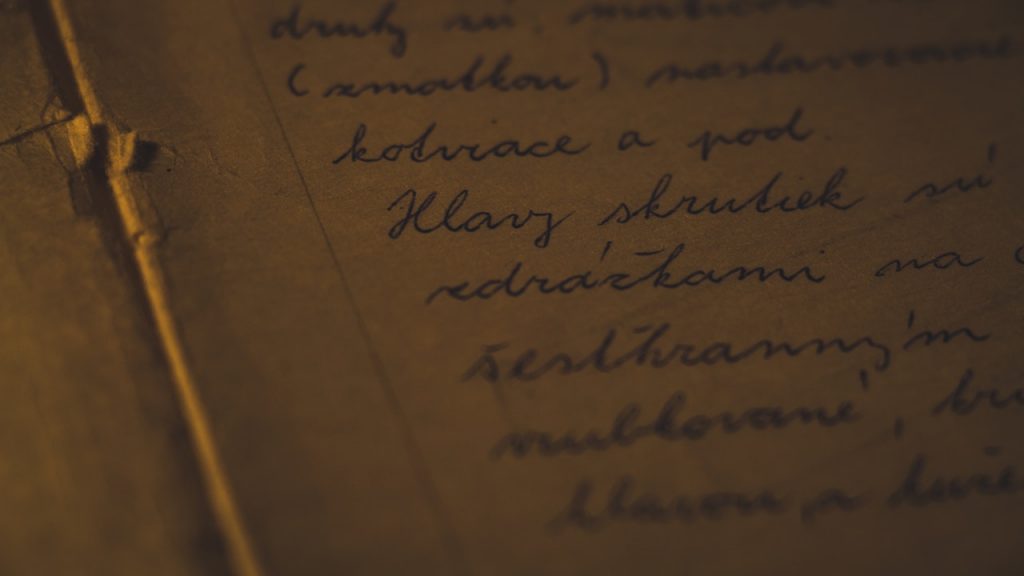 On top of the thousands of natural languages that have emerged over the history of humanity, people have created hundreds of artificial languages for communal and artistic purposes. And you can too!

Learn more about our language solutions.

Let’s take a look at the history and development of what goes into creating a new language, and how you can attempt to do it on your own!

Creating a New Language: Examples in History and Popular Culture

Many believe St. Hildegard of Bingen was the first to go about creating a brand-new language with ‘Lingua Ignota’—developed in the 12th century mainly for mystical purposes.

The number of created languages has increased exponentially in recent years. Books, TV series, and movies often create languages to add realism to their stories.

Let’s begin by looking at other artificial or constructed languages in popular culture:

Esperanto was intended to be a universal second language. The goal was that all people communicated freely, despite their different backgrounds. It remains alive today, and “to speak Esperanto is to become an automatic citizen in the most welcoming non-nation on Earth.”

Fun fact: The shop signs in the Jewish ghetto are written in Esperanto in the Charlie Chaplin movie “The Great Dictator.”

The play, staged in 1969, features a created language known as Grammelot.

This language dates to the 15th century and is made up of dialects from the Po Valley in Italy. Much like Esperanto, it was initially developed to serve as a common language among many people.

Jesters travelling around Medieval Europe could not speak all the languages of the countries they visited, so they created a language made of onomatopoeic sounds, gestures and words that simulated the stereotypical sounds of those foreign languages.

As a result, everybody would understand and enjoy their performances.

Fun fact: The Canadian circus and entertainment troupe Cirque du Soleil uses a form of Grammelot in its routines.

As per the Klingon Language Institute website, the language has been developed from gibberish to a proper tongue with its own writing system, grammar, vocabulary, figures of speech, and regional dialects.

A Klingon version of A Christmas Carol (tlhIngan ram nI’ bom) premiered in 2007 in Minnesota.

Fun fact: Dr. d’Armond Speers raised his son Alec to speak Klingon as a first language. After his fifth birthday, though, Alec stopped responding to his father in Klingon.

Sonja Elen Kisa, a Toronto-based translator and linguist, invented Toki Pona in 2001 . This is possibly the world’s smallest language, with little more than 100 words and 14 letters.

Many words are created as compounds. Purple, for example, translates as “laso (blue) loje (red)”.

Toki Pona mainly borrows from European languages such as English, Finnish, and Dutch, but also from Chinese, Acadian French, and Tok Pisin.

Fun fact: The creation of compound words in Toki Pona is quite subjective and depends on individual perception. For example, the term “car” translates as:

if you mean it like a space used for movements

if you’re struck by a car (in this case, it is a hard object that’s hitting you).

David J Peterson created this language for the TV series Game of Thrones—the adaptation of George R. R. Martin’s series of novels that began with A Song of Ice and Fire.

Peterson also came up with the languages used in Thor and its sequel The Dark World. His name is one of the most recognizable in the constructed languages (or Conlang) community.

The language is based on the words and phrases from Martin’s books and on borrowed words from Turkish, Russian, Estonian, Inuktitut, and Swahili.

It took four years for Peterson to develop Dothraki. The language features its own alphabet, grammar, and specific word order rooted in an anthropological approach. He studied their history, the geography of places they live, their culture, values, and how their whole community works.

The vocabulary of this language is like a Genghis-Khan-era Mongolian, as the nomadic lifestyles of both communities are comparable. That’s also why you can’t find words for hello, democracy, or throne in Dothraki—those concepts simply don’t exist in their world.

It was Peterson who decided there would be no word in Dothraki for “please” or “thank you,” but there would be seven different words to translate “striking someone with a sword.”

To learn more about Dothraki and other Game of Thrones languages, read our blog about .

Fun fact: In 2014, 368 newborn girls in the United States were named “Khaleesi”, the Dothraki word for “wife of a khal” or ruler.

The languages of Middle Earth

As we have seen, J.R.R. Tolkien wasn’t the first author create a new language, but he did take things to a whole new level.

As a philologist himself, he studied Old and Middle English as well as Old Norse. He had been working on Sindarin and Quenya—languages used in fictional Middle Earth—for almost 40 years before The Lord of the Rings was published in 1945.

Tolkien wanted his languages to read and sound as if they were living tongues. He first started to work on a protolanguage called Eldarin, and then modified the language as if it had been influenced by the society, culture, and other tongues (as it happens with any real language).

Quenya and Sindarin are the outcome of this process.

Due to Tolkien’s efforts, the whole history of Middle Earth is incredibly realistic. Even if the average reader can’t grasp phonological phenomena, it brings magical realism to the whole story. This became especially evident in the incredibly popular films that came out of his writing, when we could witness the languages come alive.

How to Create Your Own Language

Based on what we have discussed above, here are our steps to creating a new language.

The most important property of a language is its name, which should primarily fit the nature of people or creatures speaking it.

Grammatical structures should be written down and implemented.

For example, in the Dothraki language, the word ‘horde’ is ‘Khalasar’ and ‘hordes’ is ‘Khalasari’, making it easier to remember the plural, as the only difference is an added ‘i’ in the end.

Most importantly, keep it consistent.

3. Consider Basing Your Artificial Language on an Existing Language

Na’avi is the language used in the movie Avatar. The word ‘Rrta’ means earth, ‘toktor’ means doctor. These words have been derived from the English words ‘earth’ and ‘doctor’, respectively.

Basing your new language on an already existing one makes the process easier and makes words more memorable.

Just be careful to avoid the use of “false friends.”

4. Combine Words to Make New Ones

For instance, if you invented the word ‘chocolate’ as chico, ‘drink’ as dkirk, and the word water as wterir, why not make the word ‘milk’ as dkerir, or cherir or even wtico – the options are endless!

5. Get Inspired by Existing Alphabets

Consider adding some non-Latin characters to your language. You can even create the whole language based on non-Latin alphabets such as Arabic, Greek, Chinese, or Armenian.

Make sure to keep detailed records of all the words and grammatical rules in your language. This isn’t an easy task, but you don’t want to lose your work or find yourself getting off track!

Now that you’ve created your own language, start using it yourself before spreading it to others! Once you feel confident enough, experiment and expand:

Even newly created languages developed for the purpose of art can facilitate communication, helping us express new ideas and share vital information around the world.

An awareness of the customs, traditions, and culture of a given region – can make a big contribution to common understanding.

No matter how creative your language needs are, Summa Linguae Technologies can help.

To learn more about what experienced translators can do for your business, check out our translation services.