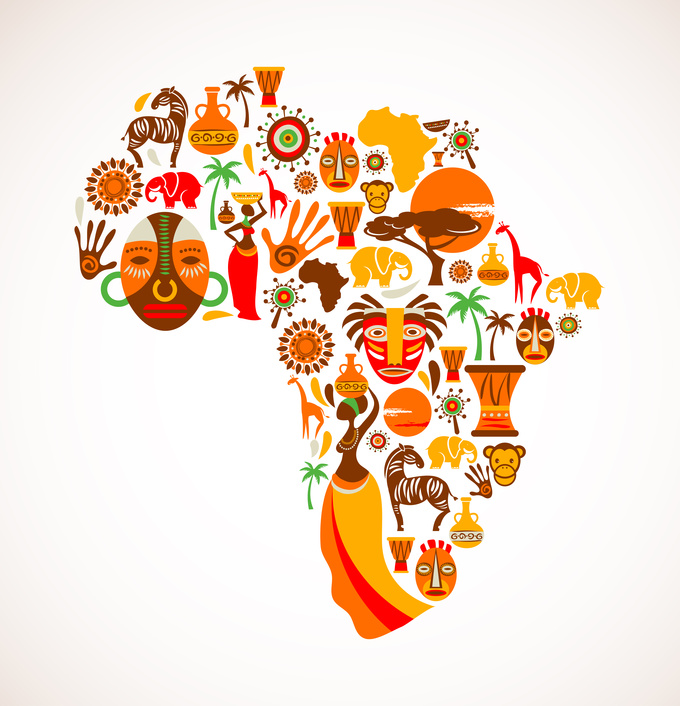 Did you know Africa is the most diversified continent in terms of languages?

To compare, the ISO officially classifies only 71 languages in Europe.

Meanwhile, less than one seventh of the world’s population lives in Africa.

But will Africa remain so diverse when it comes to the number of languages spoken?

What makes Africa so much diversified in terms of language?

African people use a multitude of languages used on a daily basis. Statistical data in this respect is almost hard to believe.

In the overwhelming majority of African nations, you can hear anywhere from 100-250 dialects daily.

For example, among one hundred inhabitants of Uganda, each of them knows and uses 4.3 languages on average. This is the highest concentration of such a large number of dialects in the world.

But how did this come about? Throughout the history of humankind, people have spent the most time in Africa. Over time, social, political and economic processes shape the continent.

People would migrate from Africa to other continents. The farther they moved, the more uniform the language spoken by them became.

. That’s another reason for the multitude of languages there.

Multilingualism – yes or no?

Such a great number of languages on a relatively small area was quite a challenge for those ruling African countries in the postcolonial world.

In a number of cases, having regained independence, some nations designated two or three languages as official. That was to unify a culturally and ethnically fragmented country.

It was often the case that the language “inherited” from a former colonizer – English or French, for example – became one of the official languages in a given state.

It was not until recently that a policy aimed at safeguarding the linguistic landscape of Africa became a priority.

The rulers realized how important the language is in shaping and enhancing the cultural and national identity of citizens. Hence, local languages are heard more and more often not only in the street, but also in the media and schools.

Numerous African dialects are referred to as transborder as they are spoken not only by one national or ethnic group. They can be heard in a number of states. Those most widely used languages in Africa include:

Just as it was the case in other parts of the world, the dialects spoken by nations or ethnic groups that control trade routes and trade are usually dominant.

What’s next for languages in Africa?

Africa is not the only continent in the world with many dialects. A similar situation exists, for instance, in Asia and Oceania.

What makes those areas different from Africa is a greater risk of extinction of local dialects. As many as 60% of them can disappear in the near future. In Africa, that figure come in around 13%.

The reasons for this can be seen in the manner in which Africa was colonized. In the course of the European expansion to other regions of the world (e.g. Southeast Asia or South America), millions of people from the Old Continent would migrate to conquered countries. They brought with them their languages (Spanish or English).

Africa, on the other hand, has never been inhabited by a large number of Europeans. Local languages could therefore continue to freely develop.

Researchers predict, however, that if Africa continues to develop in the same way as Europe or both Americas, sooner or later the continent will be dominated by two or three languages. They will gradually displace local dialects.

All we can do is to hope that they will not surrender to economic development and the African linguistic folklore will remain intact.

Contact us today for all your localization solutions needs.