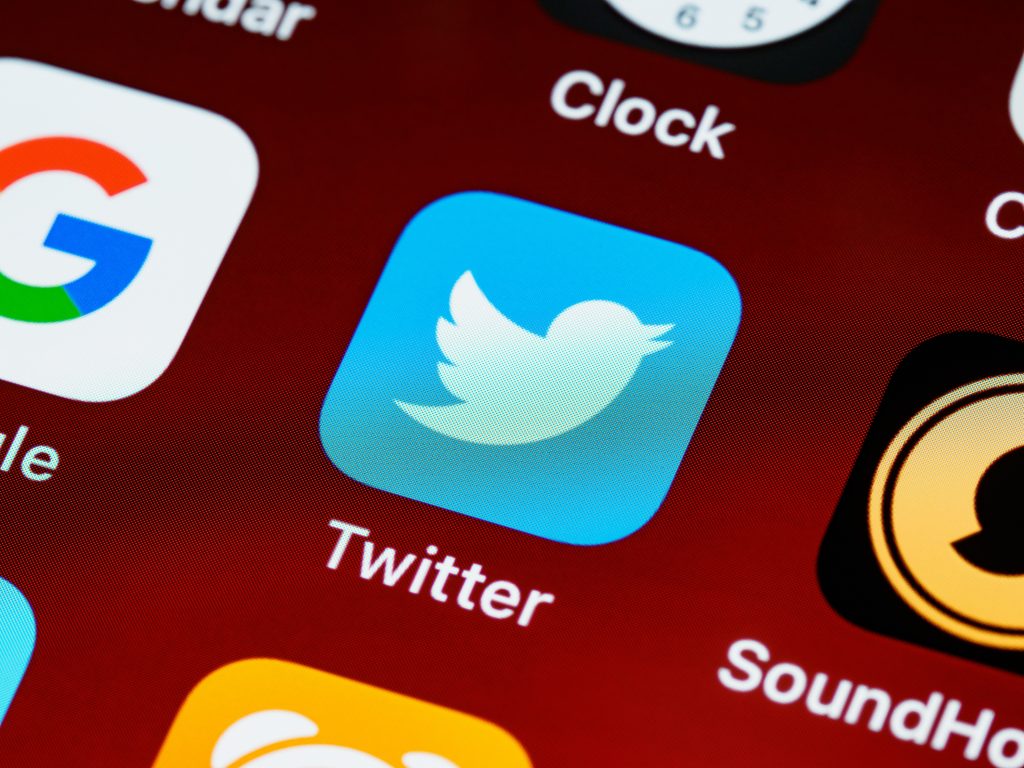 Twitter fosters a sense of unity in Japan, where fewer characters go a long way.

Japan is Twitter’s second largest market, behind only the United States.

With over 50 million users – approximately 45% of the total population – Twitter is the second most popular social media platform in Japan after YouTube, according to 2020 statistics.

So why is this bird app getting the worm in the Land of the Rising Sun? Let’s discuss.

There are 126 million Japanese speakers, and it’s the 6th most common language for internet users. There are many theories as to why Twitter specifically is so popular, but we say that language is the most obvious reason.

Reading Twitter in English is a very different experience from reading it in Japanese because in Japanese, you can say much, much more in a limited number of characters.

Just for fun, here are a couple of long Japanese tweets translated into English.

The first one is from user @cynanyc. Here are the 139 characters in Japanese: 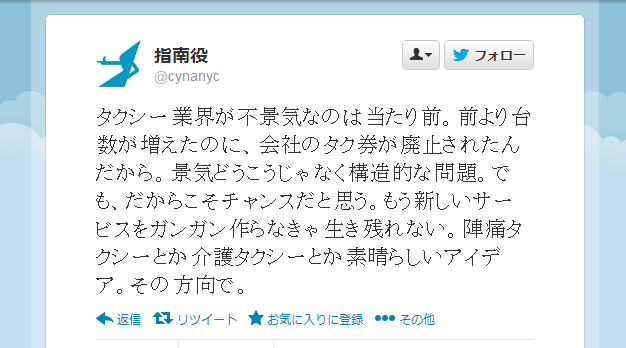 And our English translation: 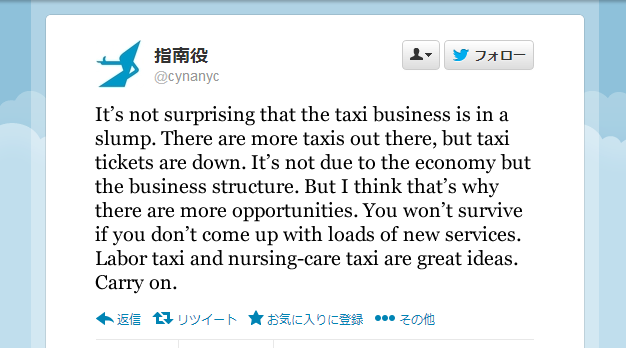 (By “labor taxi”, they mean a special taxi to take women in labor to the hospital, so they don’t need to call an ambulance.)

The translation turns his tweet into a 354-character essay.

Even with very careful editing, it would be difficult to turn this whole message into one small English tweet without losing some of the meaning.

Remi Hirano (@Remi_Hirano) is like a casual version of Martha Stewart in Japan. Over 200,000 people follow her for recipes in 140 characters or less.

This sandwich recipe has 119 characters:

…which comes out to 284 characters.

It’s no wonder people love Japanese Twitter when you can get such useful and delicious information out of it.

The difference in characters is particularly important when it comes to localization of digital content.

Since Japanese is not a fully phonetic language, encoding the language into your website requires specialized handling of double-byte characters.

Twitter is also an important communication tool during natural disasters.

After a major earthquake in 2011, the number of Japanese twitter users increased by 33%. Many Japanese people found Twitter to be a faster way to keep up with the situation as it developed.

The account @earthquake_jp tweets the location, time, and magnitude of earthquakes when they are observed. The account has over 3 million followers and is one of the 10 most popular Twitter accounts in Japan.

And of course, Twitter isn’t just for information, it’s also for fun.

Twitter users in Japan set a world record of 143,199 tweets per second (TPS) by tweeting “balus” during a television broadcast of Hayao Miyazaki‘s anime classic Castle in the Sky (Tenku no Shiro Rapyuta) on Aug. 2, 2013.

A 2019 tweet by Japanese billionaire Yusaku Maezawa is the most retweeted of all time, coming in at over 4.1 million. It might have to do with the special offer he posted. 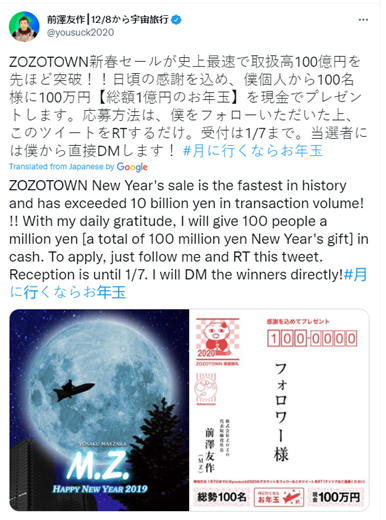 Maezawa also holds the record for second most retweeted tweet.

Just for fun, here’s the most shared English tweet of all time.

According to Kentaro Morita, a marketing manager at Twitter based in Tokyo, one of the nuances of usage in Japan is related to business and product research.

“In Japan, much more than other countries, people use Twitter to discuss products. Many websites’ reviews may not accurately depict what a product is really like, so Japanese people use Twitter like a search engine to see what real people are saying. Because of this, Japanese businesses have a lot of success promoting their merchandise on Twitter.”

Morita added Japanese business also tend to create Twitter accounts before they make a website for their business.

“Websites can be expensive and tedious to maintain. But a free Twitter account gives businesses the internet presence they want, and a customer service portal.”

He also offers the following advice in terms of corporate brands on Twitter and what tends to work in Japan:

“Around 80% of your Tweets should be about your environment: current events in your city, industry, or country, the weather, your staff, holidays, etc. The remaining 20% should highlight products and services.”

Twitter has become well established as the favorite Japanese social network. But since the internet changes minute by minute, and Japanese technology users tend to be early adopters, things can easily change in the future.

We have already targeted Japanese as one of the most important languages for global business.

Japanese localization solutions are a smart choice for companies in e-commerce, technology, and environmental sustainability.

Contact us today to see how we can help expand your business on a global scale.

Halloween and ‘Days of the Dead’ Around the World

There are many countries that don’t celebrate the version of Halloween popularized through television show...