Artificial Intelligence has become a key part of the life sciences sector. Machine learning is being used in new applications, like diagnosing serious illnesses or running laboratory tests. Thanks to AI, it’s become easier and more efficient to introduce new drugs and improve disease detection—to name just a few recent innovations from a long list of AI applications in life science.

For example, Andrew+ the robot was designed to assist molecular biology with previously manual pipetting tasks. Andrew+ uses machine learning to accurately and reproducibly measure and identify liquids. The machine is also proficient at using a pipette and dispensing samples. The robot uses special software that allows scientists to create protocols and procedures that can later be used in research experiments.

BenchSci software, for example, was created for scientists to help them reduce unnecessary spend. BenchSci’s machine learning algorithm analyses huge amounts of data obtained from over 9 million scientific publications and reagent catalogues. The algorithm uses this data to suggest reagents that are more likely to result in experimental success.

This data can be helpful in finding genetic markers causing serious diseases and helping to cure them. As a result, over 2 billion new uses for antibodies have been found. Selecting the right antibody results in fewer experimental errors, which reduces the waste of valuable samples, saves money, and speeds up the drug development process.

According to some researchers, BenchSci allows scientists to find the correct antibodies in only 10 minutes, while this process previously could take a full day. 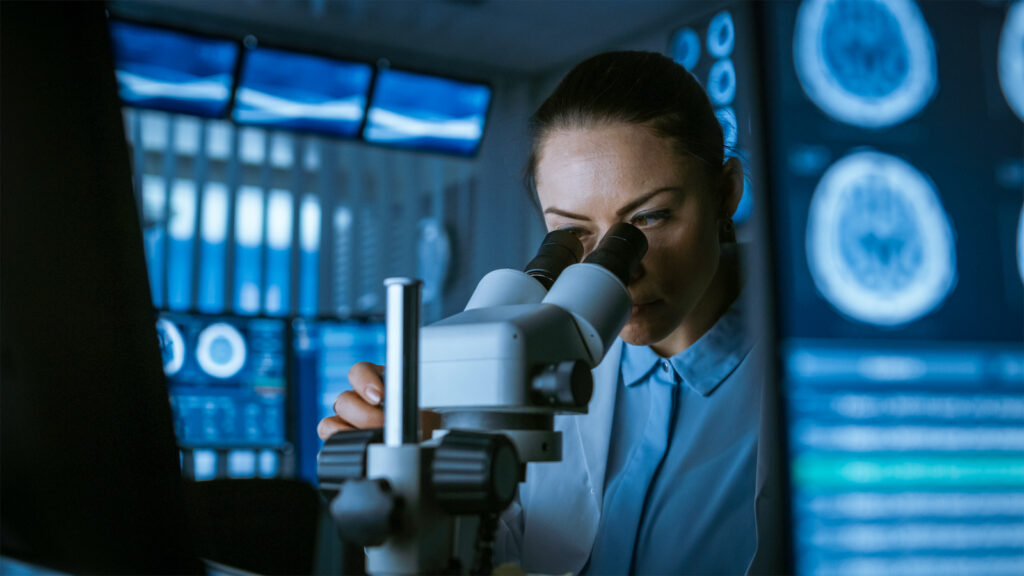 AI is also used to improve the development of new drugs. A few years ago, the stage of determining whether a given molecule could go on to further research took scientists up to 5 years. AI algorithms were one of the main factors that contributed to shortening the process—currently reducing the time it takes to 12 to 18 months.

Due to machine translation supported by artificial intelligence, new drugs and medical devices are more readily introduced to the market. And thanks to this technology, the process of preparing medical and pharmaceutical documentation in many languages is significantly reduced. The software processes large amounts of texts and the algorithm quickly learns patterns and draws conclusions. The work of translators, often medics, who supervise the whole process is not only streamlined, but also their translations remain error-free and consistent.

Can AI detect cancer faster than a doctor?

The life science sector is also focused on finding AI tools that will help in the rapid detection of cancer.

According to the World Health Organization (WHO), up to 8 million people die of cancer every year. But thanks to scientific developments, there is hope for real solutions.

For example, the Romanian AI-MICADIS project has created a non-invasive tool for cancer detection and diagnosis. The solution is based on machine learning algorithms that identify early molecular changes, which allows for the detection of 13 different cancers. AI-MICADIS can not only detect cancer, but can also determine the malignancy or benignity of a tumor with 99% accuracy. The project is currently supported by the EU and funds are being raised for its commercialization on the global market.

Fast and accurate diagnostics or improved drug research is just the beginning of AI’s possibilities in the life science sector. Experts predict that, in the future, complex algorithms will also help in personalizing treatment, drug selection, and therapies for each patient, which will help maintain the health and well-being of an ageing society.