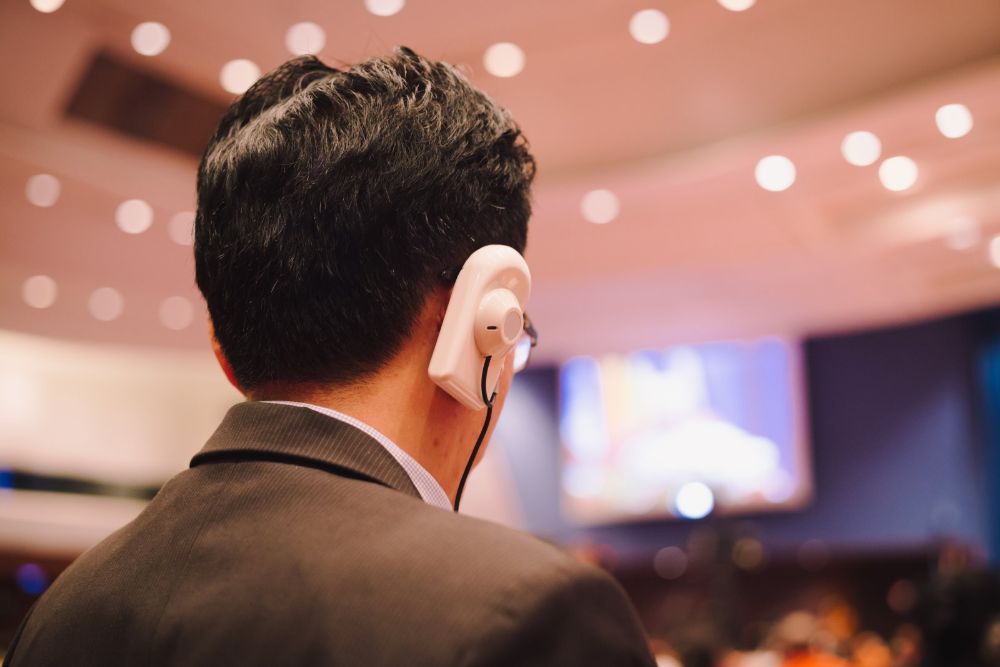 The idea of quick, real-time translation of face-to-face conversations is closer to becoming reality.

Imagine being on an international business trip or enjoying a holiday where instant translation is available from a device in your ear.

Not only would it make like much easier, it could also be a major tool in breaking language barriers and overcoming many cultural misunderstandings.

So what new possibilities are within our reach today? In this blog, we’ll summarize the latest developments in real-time translation.

A Real-Time Translator: We Want It Now!

People have always dreamed of a tool that would allow them to communicate freely in different languages. Machine translation technology is closer to making such a solution possible.

In 2017, we witnessed the first step towards this revolution when Google introduced Pixel Buds headphones that translated speech in real time.

To reply, however, the original listener would have to speak into their Google Translate app (in English), which would transcribe the message into text, and then play out loud as audio from the smart phone (in Swedish).

And this solution has the clunky step of converting speech into text (speech-to-text) and then converting the translated text back to speech (text-to-speech).

This adds a lot of extra processing time between each step, which doesn’t give us the experience of completely seamless communication.

Google has a lot of competitors in the real-time translation space—namely start-up companies.

Langogo introduced a small translation device called the “Langogo Pocket AI Language Translator.” This small translator looks like a voice recorder and fits into your pocket.

It allows for communication in as many as 105 languages (and their number is constantly growing). Interestingly, the device doesn’t require a Wi-Fi connection. All you need is a device with a SIM or eSIM card.

Langogo has been equipped with a powerful translation engine based on artificial intelligence algorithms. The software integrates as many as 24 advanced machine translation systems, based on neural networks developed by Google and Microsoft.

Thanks to this combination of systems, the isn’t as literal or robot-like as previous automatic translation technology. Their tool is designed to context into consideration to better maintain the original statement’s meaning.

Langogo works in two modes. In the first one, the user presses a button and says something, which is immediately translated out loud. For example, they could place an order in a restaurant.

In the second mode, the device translates conversations. The device listens to human speech, removes noise from the surroundings, and then translates everything into the selected language.

The Next Step in the Translation Revolution

Simple translation is already available to almost everyone who has access to Google Translate and Google Assistant.

And while this technology is still a little slow, new competitors are popping up like mushrooms.

And although the capabilities of these new solutions, like the Langogo device, are impressive, Google is likely to have the last word.

The company has been working on the Translatotron project for several years. This advanced voice translator bypasses the conversion of speech to text, which speeds up translation in real time.

Translatotron takes things to the next level, though, by interpreting characteristic features of voice, intonation, and flexion. This makes conversation in many languages even more natural.

The solution is not yet publicly available, but it will eventually become part of Google Translate. This will certainly be another significant step towards the multilingual revolution.

Summa Linguae Technologies helps with all your translation solutions – contact us today.