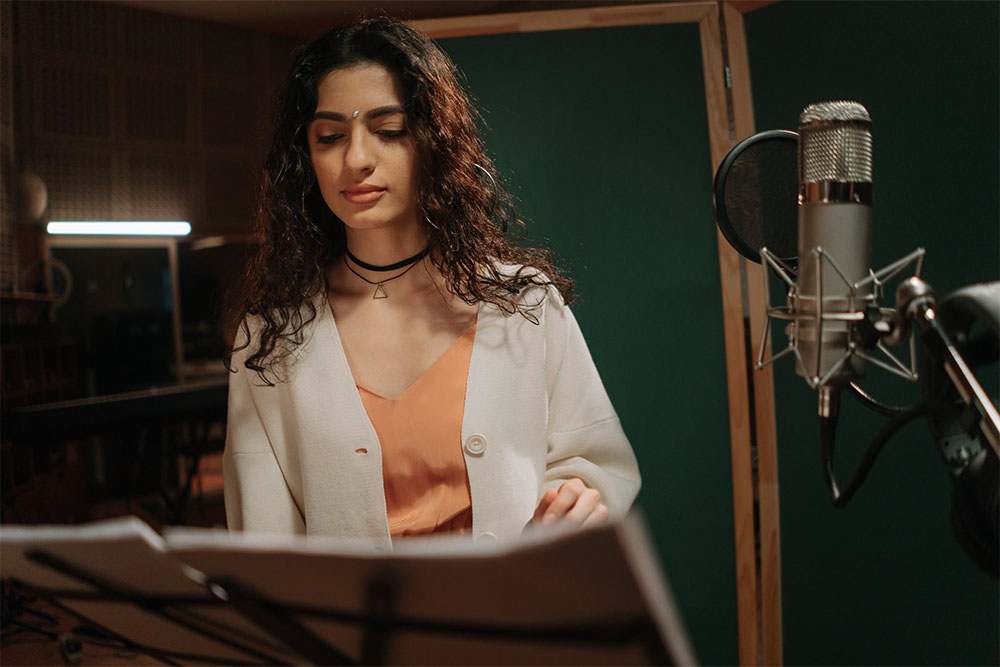 Voiceover translation involves dubbing as well as lip-syncing, both of which are distinct and require professional services.

There are a number of techniques to deal with the obstacles you’ll encounter while translating videos or elearning content.

Even subtitles, which use some of the same techniques but have their own idiosyncrasies, require close attention to detail.

In this article, we’ll briefly explore techniques for voiceover translation and localization.

The Difference Between Voiceover Translation and Dubbing

Think back to old noir films. The hard-bitten detective talks about his time beating the “mean streets” while his character strolls down the boulevard. That’s a voiceover; when someone narrates what the viewer is watching.

Voiceover can provide a word for word interpretation or a summary of the ongoing dialog.

For instance, a voiceover in a commercial might describe the advantages of purchasing your product, while the actor on screen may be demonstrating the product’s use.

It may be easier to localize the advertisement for another country. You record some new audio, and replace some title cards.

Dubbing intends to replace the original speakers voice with the voice and language of a different location.

Dubbing frequently involves accurate translation with synchronized timing; but it doesn’t always directly match up with the mouth movements of those in the dubbed footage, which brings us to lip-syncing and subtitles.

The Advantage of Lip-Syncing vs. Voiceover Translation

It’s difficult when dubbing thee exact voiceover translation and attempting to line up mouth movements so you’ll see the use of synonyms.

For example, in Japanese anime, the word often used to incredulously—or inquisitively—express the English concept “what?” is “nah-ne”. When you dub an anime, sometimes there’s no exact English equivalent to fit the mouth movements. This is why in many anime films, you’ll have English dubs with characters saying “what, what?” or “Oh, oh…”, or something like that.

However, the more professional the dubbing, the more accurately concepts and mouth movements are synchronized.

Sometimes the best dubbing and lip-syncing still can’t communicate a concept correctly. In this case, subtitles (closed caption or CC) may be the most effective tool.

Subtitles are extremely useful in accurate translation, in describing the surroundings, invaluable to the hearing impaired, and less costly to produce than voiceover recordings.

Deciding which Audio Translation Technique is Your Best Option

Digital video’s growth on the web has been explosive over the recent years. Companies are taking full advantage of multimedia content on their websites and social media sites to promote their brands and generate leads.

Professional video production is costly. Properly localizing it enables you to amortize production costs over many geographical regions making your return on investment much more palatable.

Don’t just produce videos in your language and expect everyone around the world to consume them. The more comprehensive the translation and localization you employ, the more likely your videos will go viral or have an impact worldwide.

Employing a translation service that understands the nuances and challenges of audio and video translation makes the most sense, regardless which video or eLearning localization method is ultimately chosen.