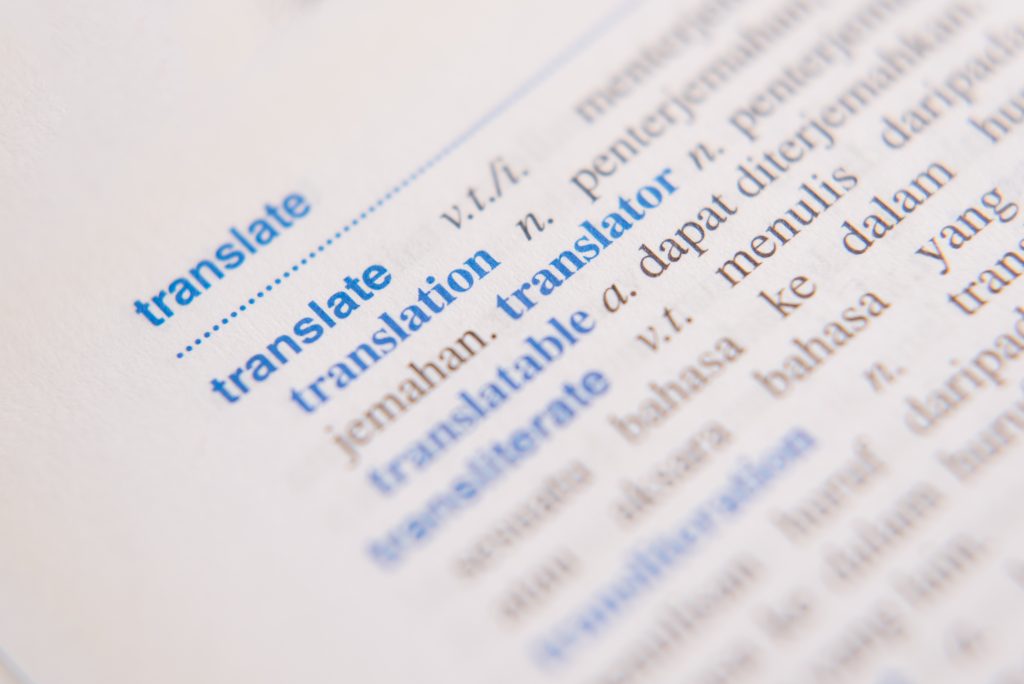 You can translate any word into an English equivalent, right? Think again. Here’s 8 tricky examples from around the world.

We come across interesting words from around the world all the time. It’s the nature of being a language service provider. Our goal is to translate as effectively as possible.

It’s easy to take an Anglo-centric view of the world and assume you can translate just about everything to the widely-spoken language with relative ease.

But that’s simply not the case. English on its own isn’t even always straightforward based on the different dialects.

So here we are with a few words from around the world that can’t be translated into another word in English, and how they’d sound if the literal translations were used (because, why not?)

While this Japanese word translates roughly as a foreigner, the literal translation reads more like an international person.

It feels more like some sort of celebrity than a humble traveler.

Example – Being an international person in the country, he had his limitations.

Ever had one of those bad days, when you are scratching your head, trying to remember something you forgot?

That’s roughly what Pana Poʻo means in Hawaiian. No, not the bad day – it’s the scratching of your head part that’s referred to as Pana Poʻo.

Example – I have been scratching my head to remember where I lost my passport.

If you Google this word, you are likely to come up with two translations: dessert (Google tries to convince you that it is Portuguese), or over the table.

But sobremesa has a much more elaborate meaning. It is the act of engaging in conversation with family, friends or business folks with whom you shared lunch time with.

That sounds like a lovely weekend, and definitely not reserved for a single meal.

Example – The clients who visited us were involved in the act of engaging in conversation with family, friends or business folks with whom we shared lunch time with.

If you tried to drag out the literal meaning of the word, it translates to dragon feed or fodder, but – somewhat hilariously – it literally means buying an expensive gift for your wife or girlfriend to appease their anger.

Example – After a long boys’ night out, he had to get his girlfriend some dragon fodder.

Anticipation can build anywhere. But if that anticipation keeps you stuck at the door and keeps you looking outside to see who’s coming, you’re experiencing Iktsuarpok.

Example – He was lost in anticipation that made him stand at the door to see if anyone was coming.

Language experts have worked tirelessly to find an equivalent for this in English. Some said it’s Sir/Madam, while others said it’s a means of calling someone respectfully.

This respectful word can go next to any name you can think of—Sirji, Madamji, Uncleji, Auntyji, Teacherji and so on.

According to author Howard Rheingold (They Have a Word for It: A Light hearted Lexicon of Untranslatable Words and Phrases), this word means a flawed detail that creates an elegant whole.

As deep as it sounds, we did our own hunt in the Oxford dictionary and we surely did not find a word for that. That’s little flawed detail on its own.

Example – We did not know where to look for the flawed detail that creates an elegant whole in his persona.

This word refers to the feeling of being lost in the woods. And yes, you can’t be lost just anywhere. It must be in the woods.

Example – As she wandered into the woods, she had the feeling of being lost in the woods.

That’s our list of words which that we can’t directly translate to another word in English.

Hope you found that useful – or fun at least – and if you think there are other words that could be on the list, let us know and we will let the world know.

We Translate What You Need

We combine the best of what human intelligence and machine learning have to offer to bring your content to more people around the world—quickly, efficiently, and affordably.

We tailor a language solution to meet your objectives with an outcome-based approach: a fit-for-purpose strategy that simplifies even the most complex situations.