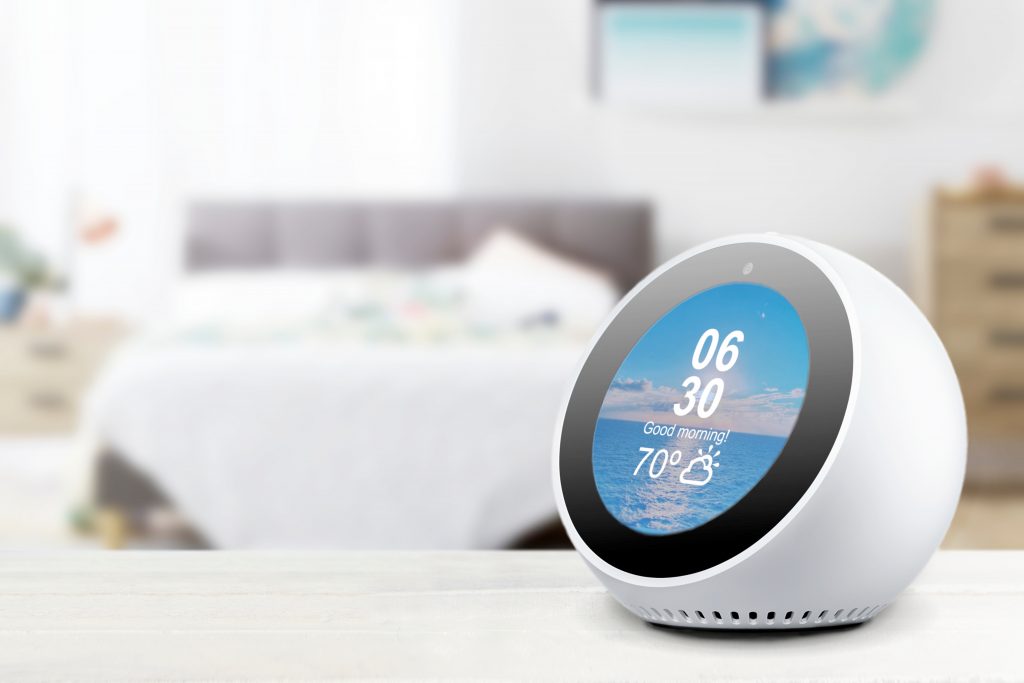 Find out what’s new in voice recognition technology and what’s fueling the devices that are leading the way.

Given the choice of typing a search query on a cramped smartphone keyboard or simply speaking the request, it’s no surprise that people are choosing the latter. Talking is easier than typing. It frees hands for other tasks, such as cooking or driving, and it’s seven times faster.

Of course, voice control is not for every occasion, but because speech is a natural human interface, devices with a speech recognition option are in high demand.

Research by PwC found that 65% of consumers aged 25-49 talk to their voice enabled devices daily.

Admittedly, it can be a little overwhelming to transition from the more traditional keyboard-and-mouse combo to simply asking your phone to add apples and dish soap to your shopping list. But mainstream speech recognition technology has been in the works for a while.

As such, allowing users to speak and interact with their electronics as they would with another person adds to the seamlessness of usability and decreases the barrier to entry for tech products.

The uses for speech recognition are found around the house, the office, and even in your car. Many of us have come to rely on the leading digital assistants that we all know and love (namely, Google Assistant, Amazon Alexa, Microsoft’s Cortana, and Apple’s Siri).

These devices are powered by and integrate with the likes of Alexa and Siri, allowing users to seamlessly control different aspects of their smart homes.

Growing demand for voice controlled products is driving ever-more innovative uses for the technology. Here we look at some of the sectors being redefined by speech recognition and how developers create systems worth talking to.

The potential applications of voice controlled technology are unlimited. In the automotive industry, for example, in-car speech recognition systems have become a standard feature in most new vehicles, with functionality going from strength to strength.

In the academic world, almost 80% of a child’s learning during their first 12 years is done visually. Immersing students in an interactive, voice controlled learning environment is seen as essential to improved learning.

With Nuance’s Dragon Speech Recognition for Education, for example, students express their thoughts by talking instead of typing or writing them out.

Dictation software enables writing speeds of around 100-130 words per minute. This is something that can benefit all industries, from academic research to media and marketing.

One doesn’t need to physically write to be considered a good writer anymore.

There are few things more infuriating than when a TV remote control goes missing. By the time you’ve rummaged around the sofa, upturned every book and magazine, and accused the dog of burying it in the garden, your program has finished.

Which is why smart TVs are now incorporating technology that allows users to manage most functions with their voice.

Samsung, for example, already has TVs on the market that feature existing voice control systems Alexa, Amazon, and Google Assistant, as well as their in-house voice assistant, Bixby.

As well as asking the voice assistant to change channels or search for content, it can also suggest personalized recommendations, launch apps, provide helpful support, control connected devices, and much more, depending on the particular model.

Unlike a smart speaker, a smart display also provides an on-screen experience, which greatly expands its possibilities.

As well as asking for news headlines and making grocery lists, it can act as a cloud-based digital photo frame or a desktop dashboard, displaying anything from recipes to YouTube videos.

Using voice to customize the setup, issue commands, and control their character allows gamers to become more immersed in the game. The enhanced experience is resulting in the technology being used to create entirely new formats as well as update traditional games.

Even board games have got in on the act. For instance, there is now a voice activated version of one of the most popular board games in the world: Monopoly. Players simply speak to interact with characters, the bank, and more via an attentive top hat in the middle of the board.

Developers are already working on artificial intelligence systems that mimic human voices and automatically incorporate appropriate responses, including when a player speaks to a character.

Another place we are likely to see voice technology integrated is in internal business systems, such as enterprise resource planning (ERP) and customer relationship management (CRM), and voice first solutions for customers. In fact, the unique possibilities of voice commerce mean retailers have an opportunity to create an entirely new shopping experience.

Browsing and buying from online stores using voice commands is easier, faster, and more convenient—and it makes possible a whole new level of personalization and accessibility.

Some e-commerce companies have integrated familiar voice assistants for shoppers to use to expedite their journey to the checkout.

Voice activated light devices, such as this one by Vocca, allow you to turn the lights on and off with the sound of your voice; no need to fiddle with your smartphone; no need to violently clap your hands or wave them emphatically.

There’s no need for expensive software and there is no installation besides physically twisting it into the socket. The device comes as an adapter that you can screw into any light socket. Use its sister smartphone app to program up to five different phrases or commands you want – in any language you want.

Similarly, you can control your home ceiling fans without having to flick a switch or flail your arms around trying to grab hold of the dangling string-switches.

With its unrivaled engineering and efficiency, the Haiku fan has won more than 75 international design and technology awards.

Not to mention, the company behind these smart fans are rather fantastically dubbed, ‘Big Ass Fans’.

Google Home can help you cook up a storm and achieve “edge-to-edge perfection” with its partnership with Anova’s Precision Cooker.

More often than not, when you’re in the kitchen your hands are full or otherwise occupied, so voice control can be a huge help.

The precision cooker helps you learn the ways of “sous vide,” a cooking technique that makes it super simple to achieve professional-quality results at home; utilizing precise temperature control to deliver super-juicy, flavor-packed results, every time.

Users can raise and lower the temperature, see how much time is left on the timer, ask how long you’ve been cooking and much more. You’ll find yourself calm and collected after cooking a meal (instead of the much more common alternative).

Jibo is another smart robot that takes AI to the next level; with a truly interactive experience. With the motto, “He’s wired differently”, you can see that he isn’t just another smart device.

He has a personality that includes a sense of humor and ability to not only be social, but also lead a conversation. His capabilities involve telling immersive bedtime stories, MC’ing family games and more.

The best part of Jibo?

He learns through his experiences; much like a human does! He learns to recognize faces and voices and even has his own set of mannerisms to help convey emotion.

Pretty soon, any device without voice control will be seen as unusual. Users won’t seek out the ease, functionality, and friendliness of a voice controlled device, they’ll expect it. Devices will talk to each other too. You’ll ask your TV for a pizza, your microwave for the weather forecast, and your car to book a room in a hotel.

Voice controlled devices may sound like an unmitigated boon. The technology is, however, dependent on one thing: large-scale, multi-device-compatible, voice data sets.

Without a huge library of speech data in a wide variety of languages, accents and phrasing, spoken commands may be unrecognized. When clients come to us for speech data collection and transcription, they’re trying to solve for the edge cases where automatic speech recognition (ASR) still struggles.

To create voice technology that understands everyone, speech algorithms need to be trained on speech data from people of all demographic backgrounds.

An effective voice recognition system must be trained using a large quantity of high-quality speech recordings that cover the full spectrum of human language.

At Summa Linguae Technologies, we know that every voice and speech pattern is unique and every environment where a voice controlled device is used provides its own challenges.

That is why we supply datasets that comprise human voice interaction in every possible circumstance. So, to make sure your speech recognition system is understood every time.

NLP lets people, in their native language, connect with computers in a meaningful way. We contribute to ea...