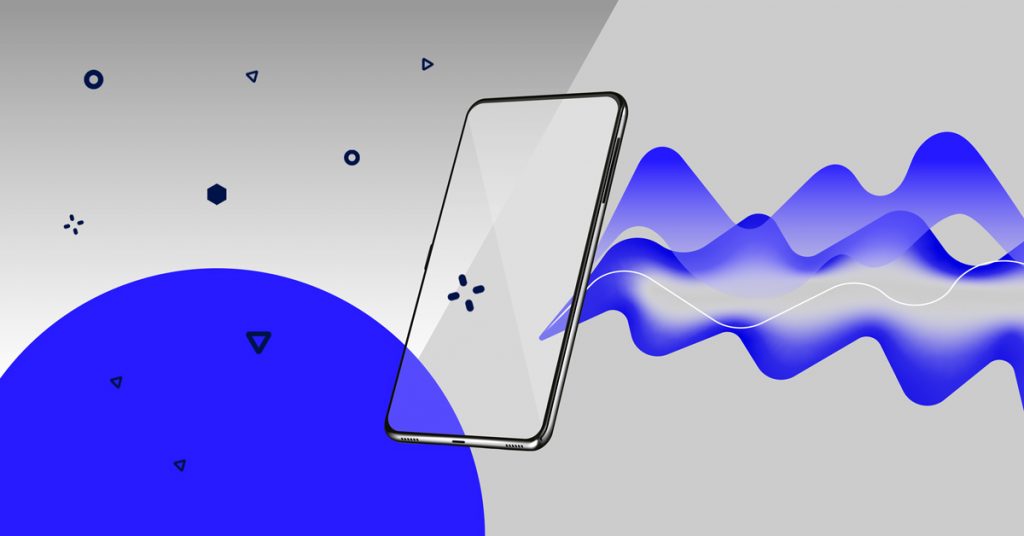 Star Wars wasn’t a global success because the movies were translated into most of the world’s languages. It’s because the saga contains themes that apply to anyone, regardless of geographic location and cultural differences. Can the same be said about your app?

Your app has to be able to travel far and wide while providing an equally amazing experience to anyone who might use it.

When developing a new app, you need a plan for how to scale it globally, assess who it’s for, and create something that’s relevant to all potential users.

Apps are all about universality and ease of use, so nothing should tie it down to one specific language or location. That’s why you can’t think about ‘translating’ apps into what users will inevitably feel is a sub-standard version of the original.

Instead, you recreate apps for native speakers in multiple languages, which means every detail—from currency to cultural nuances, units of measurement to user-friendliness—feels tailor-made for them.

Let’s take a look at everything you need to know about app localization, including why it’s important, and how to solve the most common localization challenges.

What is app localization?

App localization is the process of adapting every element of your app to suit the cultural, linguistic, and technical requirements of each of your target markets.

Localizing everything from the app’s terminology and cultural references to its audio-visual content and user experience (UX) requires an initial stage called ‘internationalization’.

Internationalization, often referred to as ‘i18n’, is the preparatory work that distinguishes text and other user-facing content from the app’s coding. The coding is then re-designed to be language-independent—i.e. with hard-coded language replaced by ‘calls’ that automatically retrieve text in the user’s native language, whatever it may be.

Following the internationalization stage, several elements of the app are recreated to such an extent that a user will assume they were developed originally in their own language.  For example:

Of course, there’s no point localizing your app for global use unless enough people are downloading it.

Putting your company’s app on the iOS and Android stores makes it available to anyone around the world. But there’s a big gap between global availability and globally accessibility.

Even if your mobile app is available in dozens of different languages, it still must be localized.

Why should you localize your app?

We’ve discussed what it is, but we can’t stress enough how necessary it is to localize your apps. Let’s take a look at some specific reasons why.

According to 2021 Statistica research, the number of smartphone users worldwide is getting close to four billion and is forecast to further grow by several hundred million in the next few years.

China, India, and the United States have the highest number of smartphone users, with a combined 1.46 billion users.

Android users can choose from over 2.56 million apps through the Google Play Store, while the iOS App Store has over 1.85 million apps on offer.

Both stores are available throughout the world in around 40 different languages, and your app must stand out from the competition and convince users to hit that download button.

2. Give App Users a Personalized UX

Another global survey by CSA Research shows that smartphone-using shoppers are much more likely to engage with a brand if the app is in their native language:

A 2016 study from Distomo found companies who localized their apps for iOS saw 128% more downloads than the others.

Users prefer to download and use apps in their own native language. Localizing an app’s listing, therefore—by changing text to the local language in all titles, subtitles, descriptions, captions, screenshots, keywords, etc.—will increase an app’s download chances significantly.

Even localizing keywords alone to improve an app’s visibility in the store has been shown to increase downloads by an amazing 767%.

When all the above is tailored for the user’s specific cultural norms, the app lends itself to a more favorable user experience, and therefore increases engagement and conversion and positive reviews.

Android and iOS app revenue reached $111 billion in 2020, a 24 percent increase year-over-year. Localization gives your app increased visibility and exposure, and allows it to maximize its reach by opening to new target segments.

Keep in mind that the Apple and Google app stores don’t cover all international markets. App localization allows for readiness on all kinds of screen sizes and operating systems across the world.

Research proves that having an effectively localized app can increase your rankings in app stores, leading to an expected increase in the total number of downloads and therefore greater revenue generation.

Rendering your app accessible and easier to navigate for all new users helps to expand the number of downloads and, by extension, generate more revenue.

Mobile app and web localization doesn’t come without its challenges. But planning for localization from the start will save you a lot of time, money, and stress.

Here are a few of the bigger obstacles you might face.

What translates appropriately in one region may be considered highly offensive in another.

Take, for example, the use of emoji. The “rock on” hand gesture in the United States is used to mock husbands of unfaithful wives in Italy, Spain, Greece, Brazil, Argentina, and Colombia. Not an image you want to pop up on your app screen in those countries.

Language differences can be tricky to navigate, and cultural norms add a whole new layer.

Challenge #2: Creating Space for Other Languages

If your app was designed specifically for one language, translating the text can cause all kinds of UX headaches.

Text can expand or contract in the translation process, and your interface should be able to adapt accordingly.

Consider how much English text expands when translated:

Non-Western languages that use scripts like Mandarin and Hindi can be even trickier.

Mandarin does not have an alphabet but rather makes use of characters called glyphs. There are thousands of these glyphs in Standard Mandarin, which are written to fit into a square and placed in vertical columns from top to bottom.

Modern standard Hindi uses Devangari script made up of around one hundred basic letter forms which are written from left to right.

Designing your app for easy incorporation of these languages is imperative because a large population speaks both languages.

Basic information is presented differently around the world.

To make your app more usable for customers in different regions, you must also account for differences in formatting conventions for writing dates, times, numbers, addresses and currency, for example.

If the app was developed for English speakers in America, but you know you want to localize it for various European markets, you must allow for measurements to be changed from US standard to the metric system.

On top of that, dates should be able to be input using the regional standard.

Think like all potential target audiences and develop your app with the ability to consider how information is shared in those regions.

Tips for Localizing Your App

Localization might seem like something to put off until later, but that could not be further from the truth. In fact, that’s our top tip.

Keep localization in mind from the initial app development stage.

Now that you know different languages act another way and show up in a contrasting manner on a mobile screen, design an app whose interface is flexible enough to accommodate languages other than English (using default resources) right from the beginning.

This will make the translation and localization process simpler at a later stage.

Localizing an app is not just about translating the text into the regional language of the audiences, but also to integrate it into a particular culture.

Being in tune with regional traditions and habits goes a long way.

There are several different ways people around the world input their names into form fields.

Sometimes it’s simpler to add a single field, but it all depends on your CRM and the information you need from your customers.

4. Allow for different ways to pluralize

English makes it simple to pluralize. You add -s or -es to the end of a noun.

That’s not the case in every language, though. Take German, for example.

Oh, and all the above may require umlaut changes.

And that’s just one language. Create a fixed message and allow for variable elements to be added based on a library of plurals in various languages.

Images should be localized to each region to give users a personalized experience.

In the event this isn’t possible, you can tailor your app to easily show and hide images.

6. Localization testing is a must

Localization testing should be done on a wide range of devices with different screen sizes specific to those that are in popular use in a particular region.

Specialists advise a “pseudo-localization test” prior to beginning any localization process just to make sure the app is internationalized.

Transforming a successful local app into a successful global app that meets the needs of employees and customers will propel your business across national and linguistic borders.

7. Get help from a localization provider

Localization is hard. There’s a reason there are hundreds of companies that provide it as a service.

Most app developers choose to work with a localization provider that not only translates, internationalizes, and localizes your app, but combines business and technological know-how to suggest improvements to your app based on extensive experience.

Let’s cover a concrete example to show how this all comes together.

The app was created for Boråstapeter, a leading wallpaper provider in Sweden. It uses AR to show you what your home would look with different types of wallpaper.

The app has specific instructions to be followed by the user. But the app was originally created in Swedish. Opening it up to an English-speaking audience required adapting the app’s instructions and user interface while maintaining the same high level of clarity as the original Swedish app.

They turned to us for help, and we developed a localization plan that communicated every message with clarity and simplicity. That included:

We Can Help With App Localization

If you’re ready to expand your app to the global market with a local touch, app localization is the way to go.

For an end-to-end plan to localize your app, contact Summa Linguae Technologies today.