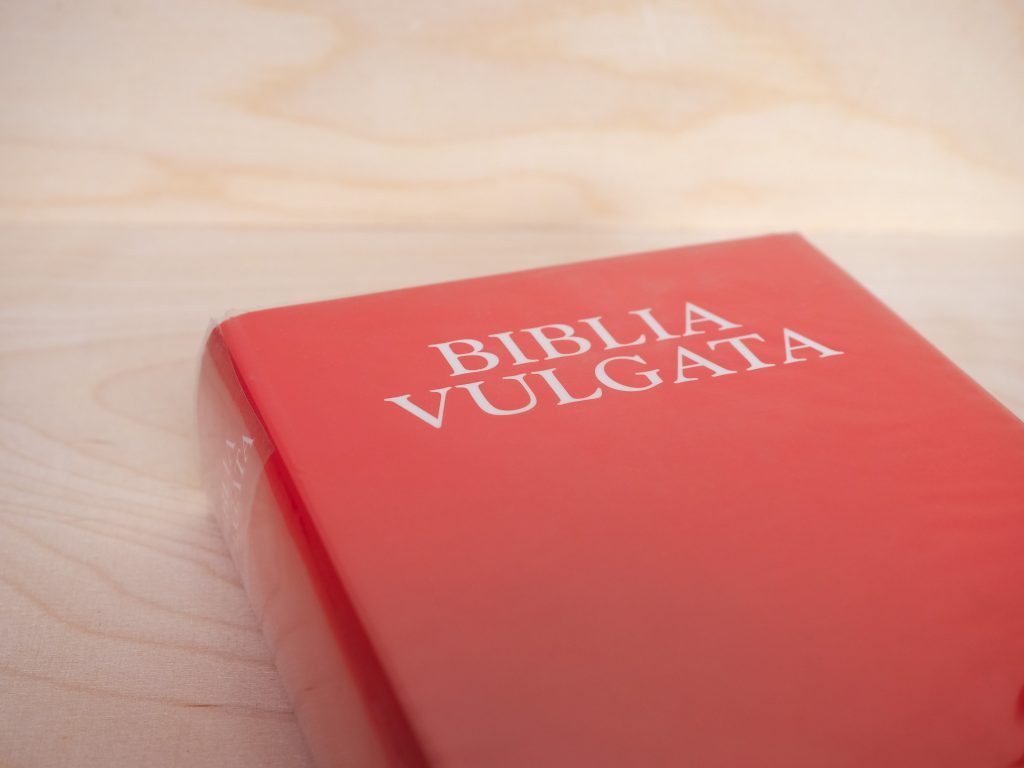 The history of translation has nothing to do with a revolution; it’s an ongoing evolution.

Anthropologists haven’t been able to specify the exact period when humans started translating one language to another. Rough estimates indicate language first appeared about 100,000 years ago.

For hundreds of thousands of years, people communicated only verbally. The first script, the cuneiform writing system, appeared no earlier than approximately 2,000 years BC.

The Egyptians began to record their beliefs using hieroglyphs, and in the valley of the Indus River, people started using signs that we have not been able to decipher yet.

Let’s take a quick look at how translation took off from there.

Word For Word and ‘The Word’

Translators were typically nomads who would travel around the known world and learn foreign languages by staying in one community long enough to naturally “absorb” the native tongue.

The development of literal translation was encouraged by trade and the spread of religion. People would translate religious books, relying on the “word for word” principle to avoid mistakes in reading the words of God.

In practice, communication based on literal translation was ineffective because style, grammar, or syntax weren’t considered.

The Vulgate, for example, was the first translation of the Bible. Written in Latin by St. Jerome in 382 AD, this was the only version of the Bible that Christians knew for about a thousand years.

It caused some inconsistencies, though. Look at any medieval or renaissance statue portraying Moses, and chances are you may see something odd — he has horns. That’s because of St. Jerome’s translation of the Hebrew word karan. He deciphered it as cornuta, which means “horned.” Modern translators say, however, that a more suitable translation would be “shining” or “radiant.”

If you consider we commonly use shining or radiant to describe a bride on her wedding day, picturing her as one with cornuta would make the wedding photos a lot more interesting.

People soon began to realize literal translation wasn’t all that successful. It was Cicero himself who called for changes in the translation process.

Cicero—a famous Roman lawyer, writer, and orator—proved that despite the literal translation of every word, some holy books still did not make sense, and their content was largely unintelligible.

He urged for translation that both kept the overall meaning of the text and complied with linguistic standards.

Meaningful translation had its drawbacks too, though. So much effort was made to preserve the substance of the original text that its historical and literary values often disappeared. Faithful reproduction of the history was often made at the expense of the literary form of the work.

It should be noted that this was the heyday of the Roman Empire and Latin was the then lingua franca, thus most translations involved this language.

The Enlightenment and ‘Free Translation’

At the turn of the 17th and the 18th centuries, the Enlightenment concept of the nation and the idea of promoting education—popular in France at that time—gave rise to free translation.

It was based on the underlying belief that the translator is allowed to work with the text to please the reader. Popular classic works were translated in such a way as to make their reading pleasant and comfortable.

Antoine’a de la Motte, one of those who professed free translation, illustrated in a perfect way what this type of translation was saying: “I really wanted to make my translation pleasant. To do this I had to replace the ideas enjoyed in the days of Homer with ideas enjoyed today”.

Free translation was not used for long. It was soon replaced with adequate translation, the form used today representing the highest quality standards.

This type of translation combines the cultural adaptation of the text with its functionality and fundamental meaning.

According to Translation Journal, “When a translator takes into account the whole context of the novel he is translating from the point of the source text, he will create an adequate translation.”

This is most relevant to literary translation, where creativity really comes into play here. The type of content you’re dealing with impacts the type of translation you need.

In marketing, for example, you must translate the meaning of the words and consider the cultural connotations and any other implications of the words. This is what is known as localization.

The 20th century witnessed enormous changes in the translation industry – the first organizations were established to safeguard compliance with the quality standards and professional ethics.

Progressive globalization and internationalization provided translators with a steady influx of orders.

The beginning of the 21st century saw the emergence of the first computer-assisted machine translation tools designed to aid translators in their work.

Translation has therefore been present in the lives of people for thousands of years, and it’s an important task that continues to bring us all together in a myriad of ways.

Move Forward with Translation and Localization

We combine the best of what human intelligence and machine learning have to offer to bring your business to more people around the world—quickly, efficiently, and affordably.

Contact us to see how we can help your company.