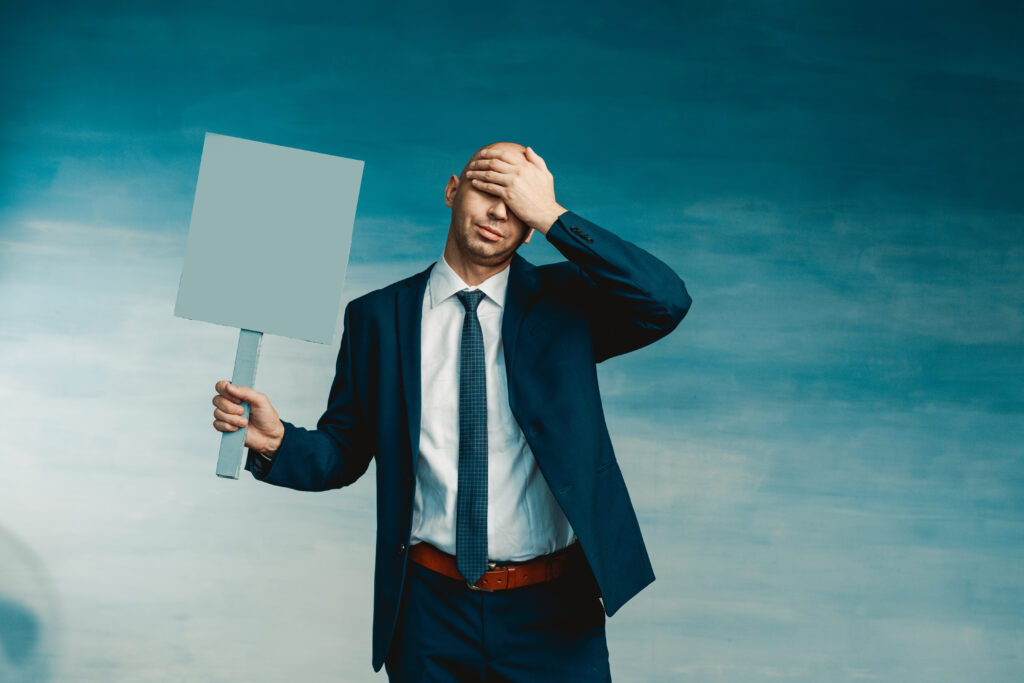 Translating a sentence into another language is an art. Sometimes, however, the finished product leaves much to be desired.

While translation failures are entertaining from an outsider’s perspective, they’re certainly embarrassing for the one who put in the work—and may keep translators up at night!

For businesses, these slip-ups can be catastrophic. They serve as reminders that it’s always good to hire a translation services in order to get the true desired outcomes.

In this blog, we’ll have some fun with the lighter side of the translation industry by sharing some hilarious English-Spanish translation failures.

If you read Spanish, you’ll certainly get a kick out of these. If you don’t read Spanish—don’t worry—we’ve broken down exactly what went wrong in each translation. 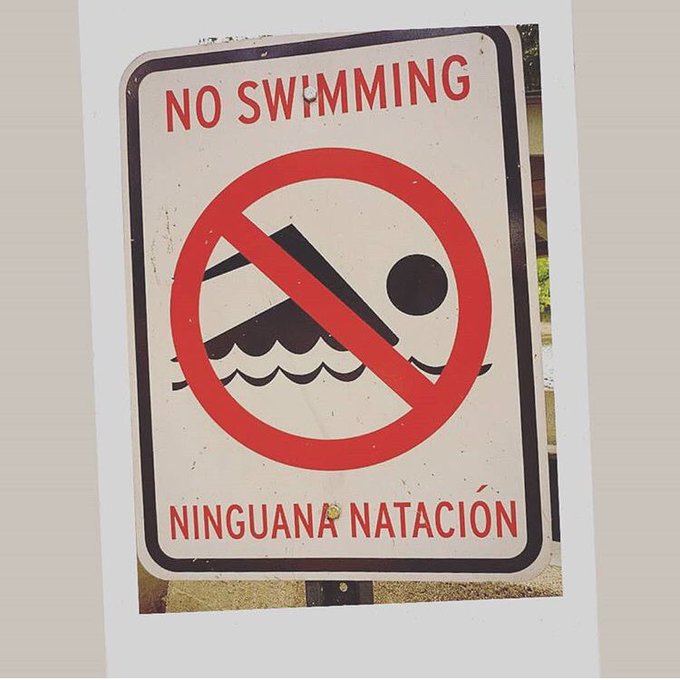 Let’s start with a simple example. ‘Ninguana natación’ literally means ‘none swimming’, which might get the message across, but won’t earn you any proper translation points.

The appropriate term is ‘Ninguna’ (none) and not ‘ninguana’. 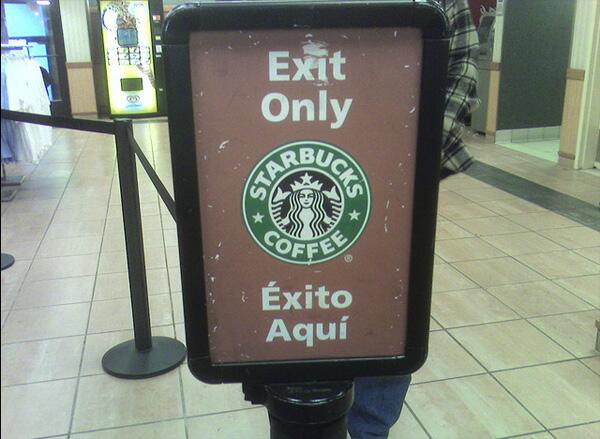 This is a funny example of “false friends” that was spotted on an ‘Exit Only’ sign at a Starbucks.

‘Aquí’ can be translated as ‘here’, so you might generally know where to go but it doesn’t convey that it’s the only way to leave.

On top of that, ‘Éxito’ literally means ‘success.’  You may consider the acquisition of a coffee to be a great success, but ‘salida’ is the accurate translation for ‘exit’ in Spanish. 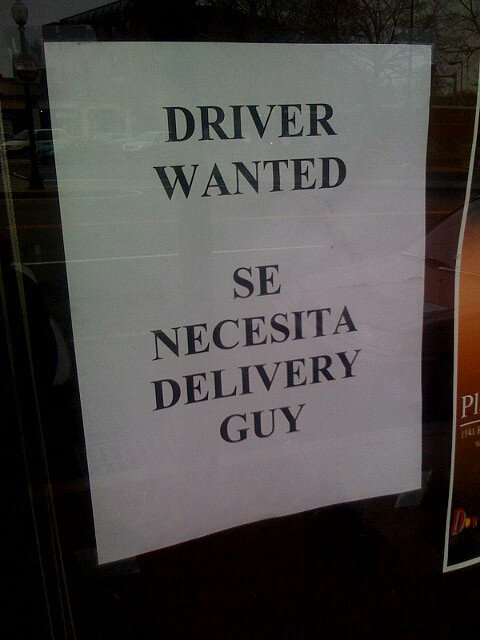 There’s a lot going on here in this job posting. Not only did the writer choose not to translate ‘driver’ into Spanish, they also didn’t even carry over the correct English meaning to the bottom of the notice.

Driver in Spanish is translated as ‘conductor’ (masculine) or ‘conductura’ (feminine). There’s also a distinction to be made between a driver and a delivery guy.

Unless they’re looking for someone to literally deliver a person from one point to another, much is lost in this poor translation effort. 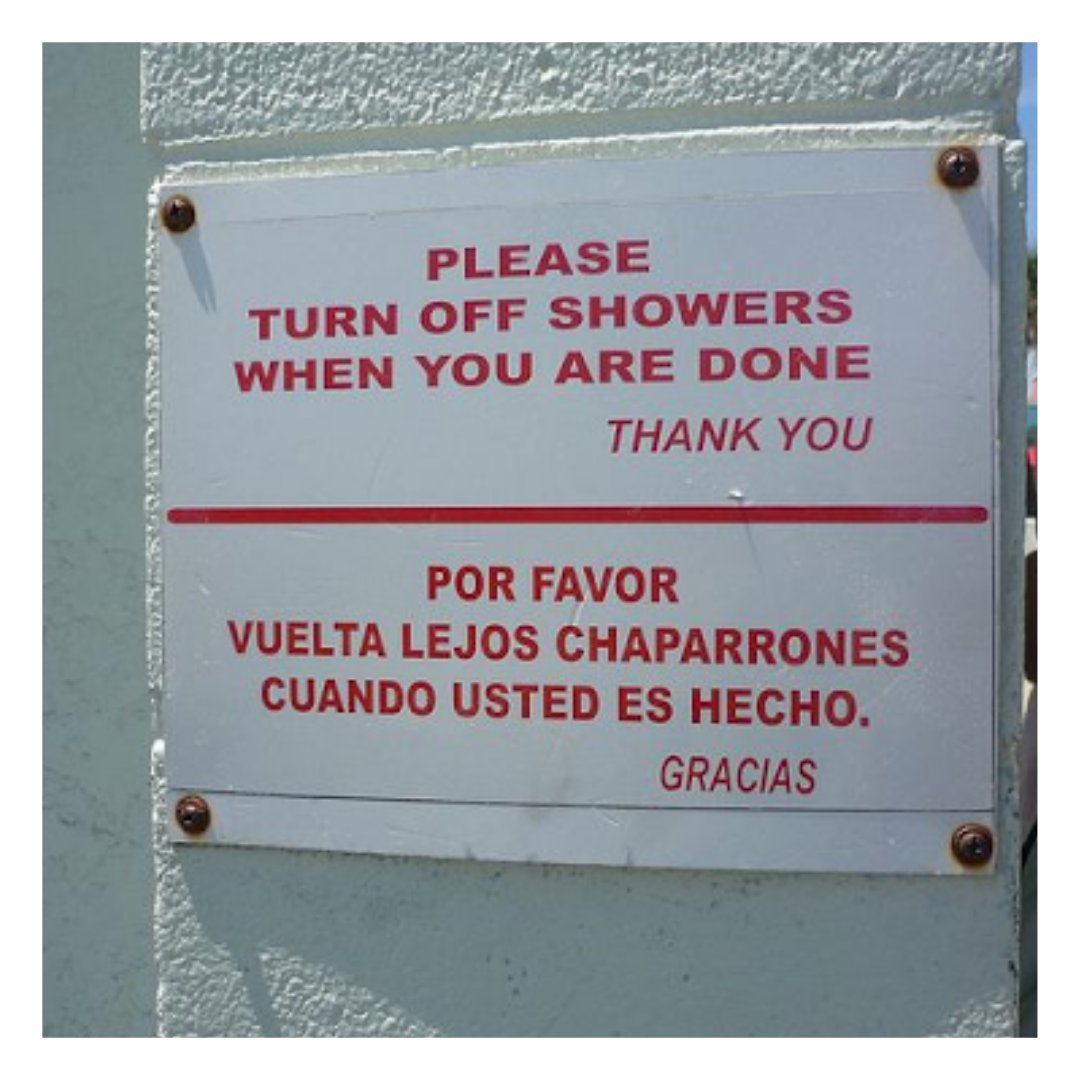 There are only two words that really make sense here: ‘Por Favor’ (please) and ‘Gracias’ (thank you). The text in between is a bit of a mess, which is funny in its own way considering the subject matter.

In fairness, ‘Cuando usted es hecho’ is a spot-on translation for ‘when you are done.’

However, ‘vuelta’ means ‘return’ and ‘lejos’ means ‘far’, while ‘chaparrones’ can mean ‘rainstorm’ or ‘downpour’ – ‘showers’ is therefore being translated in a precipitation-from-the-sky kind of way.

Altogether, the reader of this might be more likely to open an umbrella than make sure the shower was turned off before they leave. 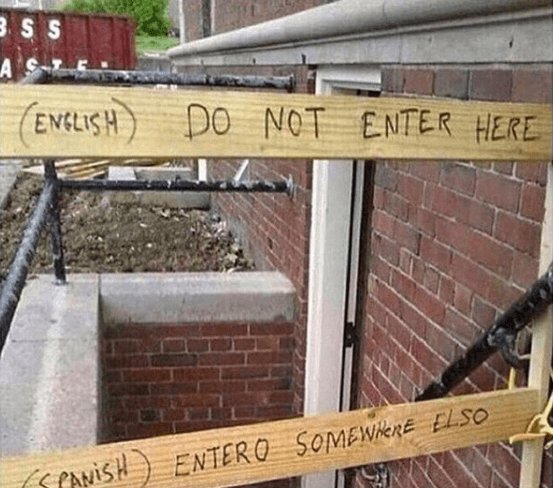 Was anyone even trying here? ‘Entero’ is another “false friend” – in Spanish it means ‘whole’ or ‘entire’.

A more accurate translation would be ‘Prohibito el paso’ which means ‘No Trespassing.’ 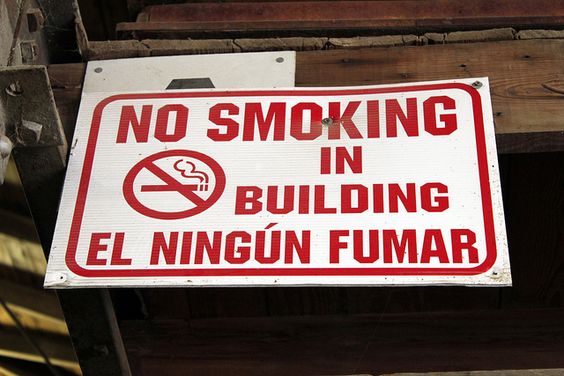 ‘Prohibido fumar en este establecimiento’ is a bit more of a mouthful, but it’s simpler that way and plainly gets the message across that there is ‘no smoking allowed in this establishment’. 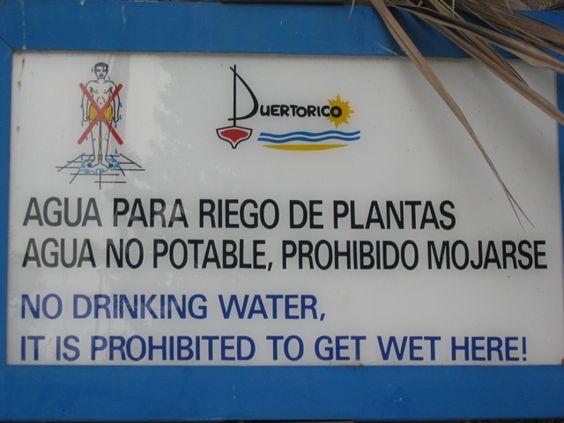 The English translation of ‘agua para riego de plantas’ is ‘water is for plant irrigation’ and there is no mention of plants anywhere in the English text on this sign.

Furthermore, ‘Agua no potable’ translates as ‘non-potable water’ and not ‘no drinking water’, but you can kind of see where they were going there.

‘Prohibido mojarse’ translates more accurately ‘forbidden to get wet’ and the translator appears to have latched onto a “false friend” here.

So, what are we left with?

The water is for plants and not for drinking, and therefore the water is not for personal use. If you happen to get wet, though, it may not be expressly forbidden in the truest sense of the word. 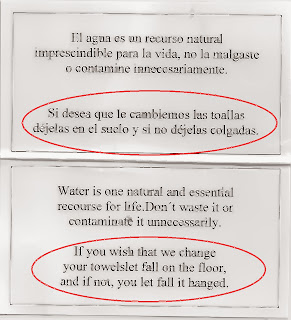 Let’s begin here with another “false friend.” ‘El agua es un recurso natural’ translates to ‘water is a natural resource’ so ‘recourse’ is a mistranslation that would not make sense even to untrained eyes.

That water is a natural resource leads to the proper warning not to waste or contaminate it, so we’re good with the second part of the top section.

The second sentence is a hilarious mess and should read ‘if you want us to change your towels, leave them on the ground; if not, leave them hanging.’

What ended up being posted makes little sense and must have led to towels all over the place!

By using professional English-Spanish translation services, you can sleep easy knowing that you’ll only receive the positive attention you want.