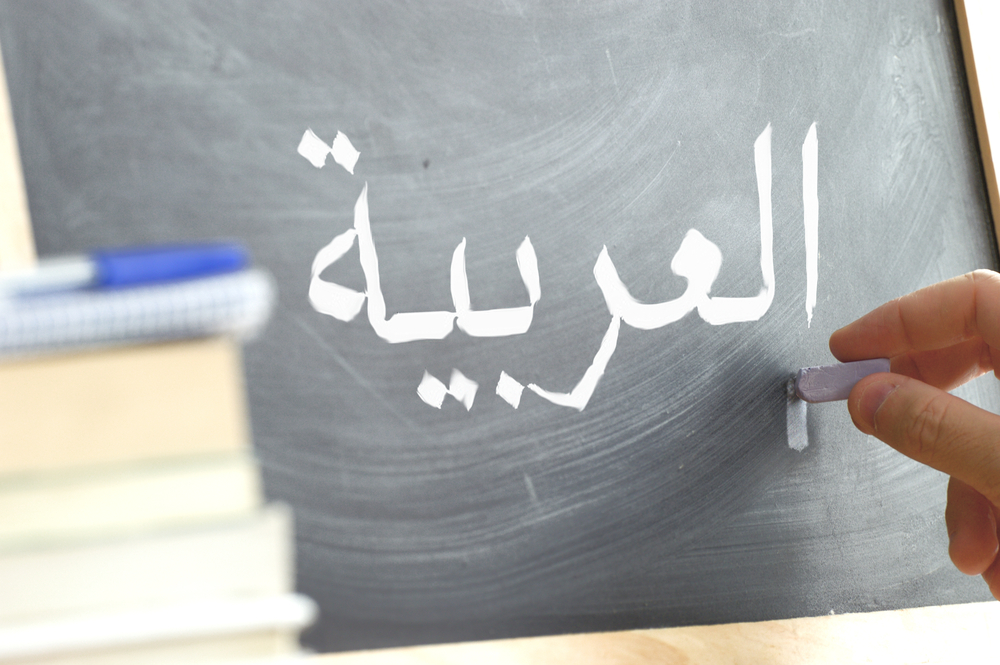 Any quality translator, by reading or viewing your content, will be able to discern the type of Arabic dialect and voiceover talent that is needed.

There are four hundred and twenty million Arabic speakers in the world, which is unsurprising when you think that Arabic dates back to the 4th century.

These Arabic speakers live across 26 countries.

And because Arabic has travelled so far, the dialects within it have developed. This means that the Arabic dialects across the world vary, even within countries.

So this presents a great challenge for voiceover translation. Choosing the wrong Arabic dialect to translate into can be problematic.

And Arabic is the third most important language for global business. So you can guarantee there will be plenty of Arabic voiceovers coming your way.

So it’s important for anyone doing a voiceover to be familiar with Arabic dialect voiceover challenges. And, importantly, how to overcome them. Does this apply to you?

Then you’re in the right place. Read this handy guide to find out how to pick the right Arabic dialect for your voiceover!

Why are there so many Arabic dialects?

Understanding the different dialects is key if you’re going to translate through voice.

Arabic evolved from Nabataean Aramaic script, which dates back to the 4th century. And the earliest written recording of it is in the 7th century Qur’an.

This Arabic, or Classical Arabic, became a common language for many speakers. But this began to change during the 8th century.

There are Arabic speakers all the way from Eastern Iran to Northwestern Africa. Different regions developed different dialects. Some dialects share common features, while others are like another language.

That’s why choosing the right one can be such a challenge. Some Arabic speakers won’t be able to understand the dialect you choose. And this reduces the reach of your message.

So what’s spoken and where?

The Regional Variants of Arabic

Looking at different places in the Arabic speaking world helps you choose a dialect. So let’s take a look at some more standardized dialects.

Egypt has the most native Arabic speakers, with a total of 94 million. This dialect is Egyptian Arabic. Easy to remember, right?

Other regions also speak Egyptian Arabic. This because Egypt has a widespread media influence which uses this dialect.

But in East Syria and Iraq they speak Iraqi Arabic. This is also called Mesopotamian Arabic and about 32 million speak it.

Sudanese Arabic has fewer speakers, only around 17 million. Those in northern Sudan and a few parts of southern Egypt speak it.

And finally, there’s Gulf Arabic, which people speak around the Persian Gulf. The UAE, Qatar, Bahrain, Kuwait, and parts of Saudi Arabia speak Gulf Arabic. People also speak it in Iraq, Iran, and Oman. But while this list of countries is longer, there are actually fewer speakers. Only about 5 million people speak Gulf Arabic. However, it is often requested because of the area’s economic influence.

And there are many other dialects, such as Najdi Arabic and Hejazi Arabic. There are even dialects within these standardized ones.

How do you know which Arabic dialect to use?

Here are two things to consider:

Any quality translator, by reading or viewing the content, will be able to discern the type of Arabic translation and voiceover voice talent that is needed.

Arabic dialects are not written, they are only spoken. Dialects are also used only in colloquial settings.

So be very careful using dialects with formal content and settings.

Knowing where your video will broadcast and to whom might help overcome some of the challenges.

In the Arab world, not many people speak or understand English. So you should use voiceover whenever possible. But if you are doing a voiceover that will be broadcast in a certain region you will need to choose a dialect spoken in that region.

For example, in Egypt and the surrounding area, Egyptian Arabic would be a good choice.

Or a client may specify a particular dialect, so take the time to read the brief. Or you could simply ask! If the client has a specific dialect in mind you could save yourself a lot of time.

But what if your voiceover needs to reach a widespread audience? What if the content is of formal nature? Well, let’s talk about Modern Standard Arabic.

One dialect of Arabic is fairly standardized across Arabic speaking countries. This is Modern Standard Arabic or MSA.

But MSA is more up-to-date. It includes words and concepts that post-date the 8th century. And these might come in handy for a modern voiceover!

And all schools throughout Arabic speaking countries study MSA. If you want to learn to read and write, you have to study MSA!

So it could be the most universal Arabic dialect. Sounds handy for doing voiceovers then doesn’t it?

Well, almost. MSA is great for formal voiceovers. For example, you might use it for news reporting, political messages, corporate voiceovers and e-Learning.

But when it comes to marketing, most clients want something more personal. And no one speaks MSA in their daily informal communications. So it lacks the relatability of local dialects.

Again, this relates to your audience. And you might be able to clear this up by discussing it with the client.

Once you’ve identified which dialect you want, having the right translator and voiceover artist is key.

Many Arabic speakers know Modern Standard Arabic but speak one other regional dialect. And because these dialects are colloquial it’s best to use an artist who has spent time living in the region.

So don’t just use your ‘go to guy’ if they aren’t fluent in your chosen dialect.

It might take a little longer to find a quality artist. But using someone who isn’t fluent will just create another voiceover challenge.

Well, there’s no simple way to overcome Arabic voiceover challenges. They come hand in hand with the language itself.

So to create a quality Arabic voiceover you have to take time to figure out the following. What does the client want? Who is the target audience? What locale is important? And then use this information to pick the appropriate Arabic translation and dialect. Once you’ve done this your voiceover translation work will go much smoother.

And if you have any more questions, feel free to get in touch! We’re here to help and have staff from project managers to translators that speak Arabic!