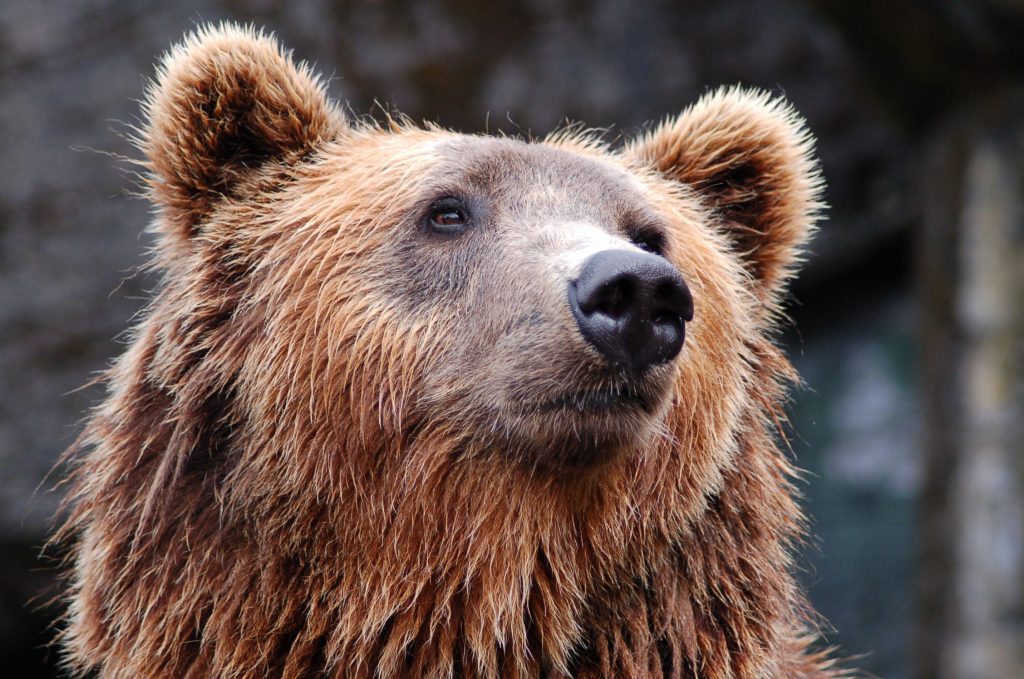 Even as word as simple as bear can have double meanings in translation.

We recently worked with TunnelBear on an app localization project in 16 different languages. We were tasked with making sure everything was translated correctly, and that the translations made sense to native language speakers in each country.

TunnelBear is quite possibly the cutest VPN service out there. Seriously – their mascot is a playful and mischievous brown bear who’ll greet you with a smile on his face (as he munches away on the corner of a laptop) the moment you enter their website.

But cute and cuddly isn’t always associate with bears, proving translation double meanings are found all over the place.

Perhaps the trickiest yet most important part of the project was ensuring TunnelBear’s brand and image was correctly translated along with the literal words. This meant double and triple-checking possible interpretations of what words could mean in the 16 different target languages, among other localization best practices.

At the end of the project, we were left with a comprehensive collection of different meanings and connotations of the word “bear” around the world – which we’ve decided to share with you! 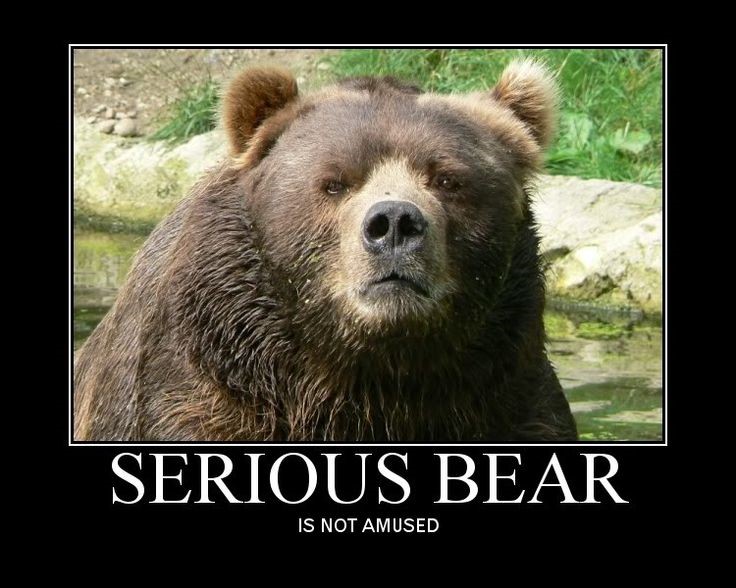 In Italy, if you call a person a bear, it implies that they’re surly, grumpy, and a misanthrope by nature; they’re introverted and prefer to avoid the company of other people.

As a rule, Italians exclusively refer to men, and not women, as bears. The imagery that is sparked alongside the term is that of a big, clunky person with a messy hair and bearded face.

If you find yourself in on a dancefloor in Italy and somebody’s bumpin’ and grindin’ keeps getting in the way of your groove, whip “ballare come un orso!” out and tell them they dance like a bear! 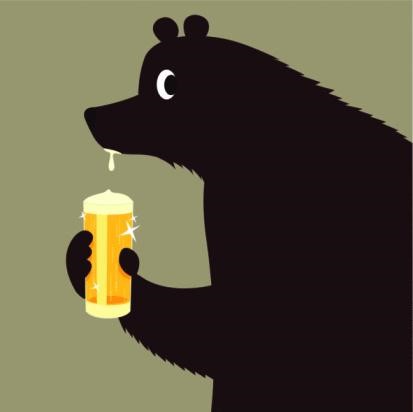 No, we aren’t referring to everyone’s favorite form of golden delicious liquid courage – although it’s certainly pronounced the same! To be called a bear or “beer” in Holland is perhaps not the kindest nickname – much like in Italy, it is used to describe a clumsy and even rude individual. In the right context, though, it can also refer to a big strong man.

A deviation of this is to be called “beertje” or little bear, which is an expression of endearment used in reference to a person you love – kind of like calling someone “honey” or “sweetheart” in English.

곰 or “Gom”
곰돌이 = Winnie the Pooh or Teddy Bear 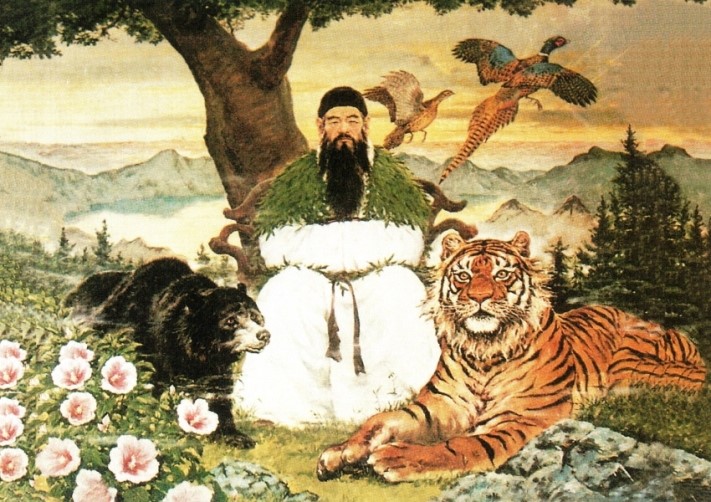 The word 곰 or “Gom” isn’t really used in Korea, other than to refer to the animal itself or in reference to a cute teddy bear. The bear does have a very special place in Korean culture and history, though.

Back in the day, there was a bear named Ungnyeo (roughly translated to ‘bear woman’) who, alongside a Tiger, prayed to the divine King Hwanung to be made human. They were given 20 cloves of garlic, a bundle of mugwort, and were instructed to stay out of the sun for 21 days.

The Tiger failed, but the bear pulled through and was granted her wish and was turned into a woman. Hwanung took the now human Ungnyeo as his wife, who gave birth to the legendary first Korean king, who would go on to establish the nation of Korea. What a legacy!

Poland & Bears in the Wild 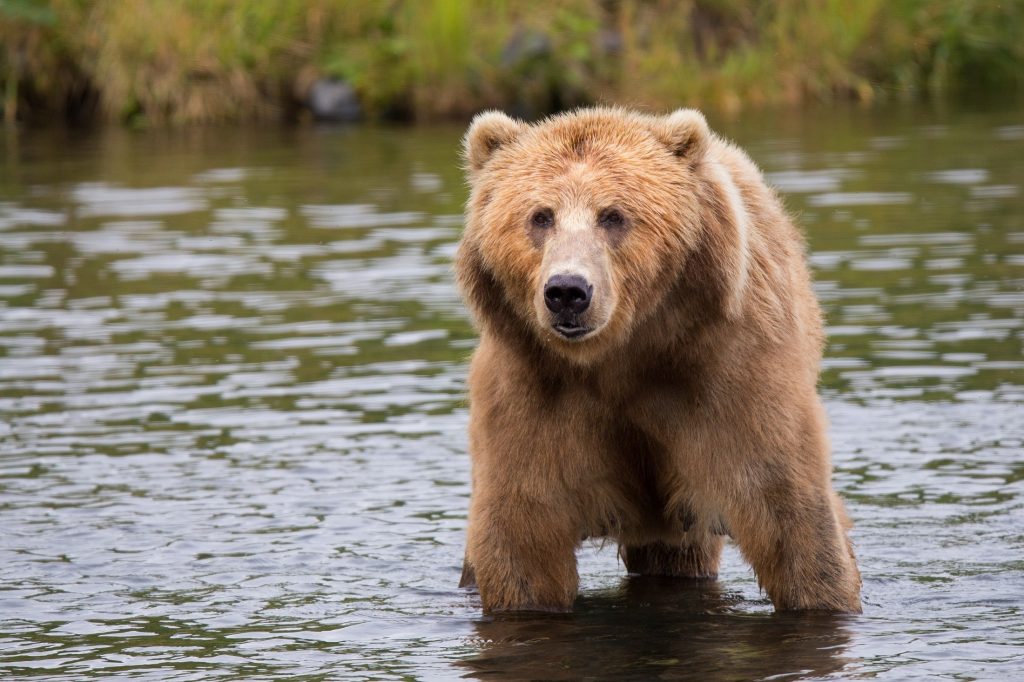 There are many variations of the word “bear” in Poland, although “Niedźwiedź” is the standard form referring to the actual wild animal itself. There are many bears who live in the Polish mountains, so the local people can relate to the potential danger associated with the word through their wilderness encounters.

It can also be associated with a clumsy and/or uneducated person but isn’t typically used as an insult in that way.

Alternatively, “miś” is a more informal bear-related term that has many positive associations; bear cub, teddy bear, or as a greeting when you hug someone. It’s also used in conjunction with all our favorite and famous TV-bears such as Yogi or “miś Yogi”. 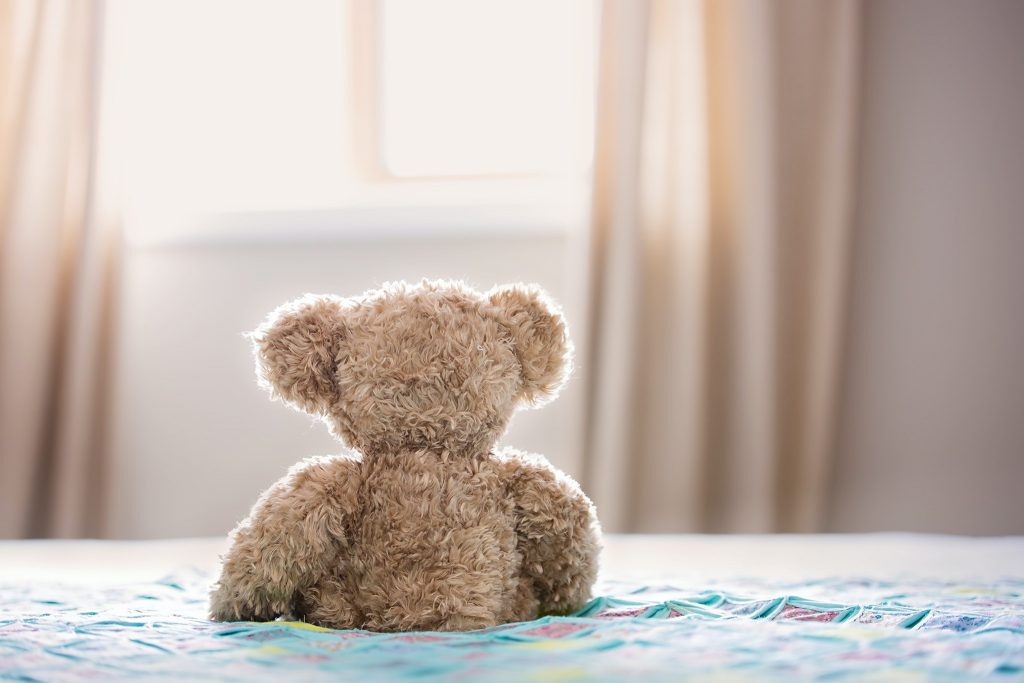 In Brazilian Portuguese, “urso” is usually used to describe a big, strong man. The diminutive form of the word is “ursinho” meaning “little bear.”

“Ursinho” is only used in reference for toys. In fact, plush toys are called “ursinho de pelúcia” – even if said toy isn’t a bear! 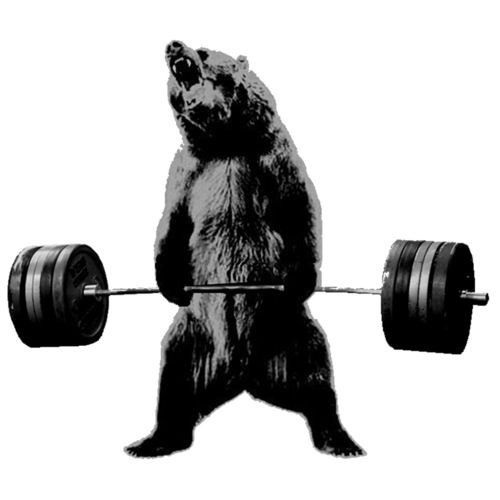 There are a handful of different proverbs referencing bears in French, ranging from loving nicknames for tall, strong, and sweet men (“nounours”) to describing a gruff person who is not well liked (“un ours mal léché”).

When you’re describing someone as a bear, it usually implies that the person is an introvert and prefers not to be very social. Much like the English simile ‘like a caged lion’, “comme un ours en cage” means ‘like a bear in a cage’.

Our favorite bear-esque French idiom is “il ne faut pas vendre la peau de l’ours avant de l’avoir tué,” which translates to, “you shouldn’t sell the bear’s skin before you have killed it.” The meaning, of course, is you shouldn’t count on the benefit of an action before you have done it. The equivalent English idiom is, “don’t count your chickens before they’re hatched” – but the French seem to do it so much more eloquently, don’t they? 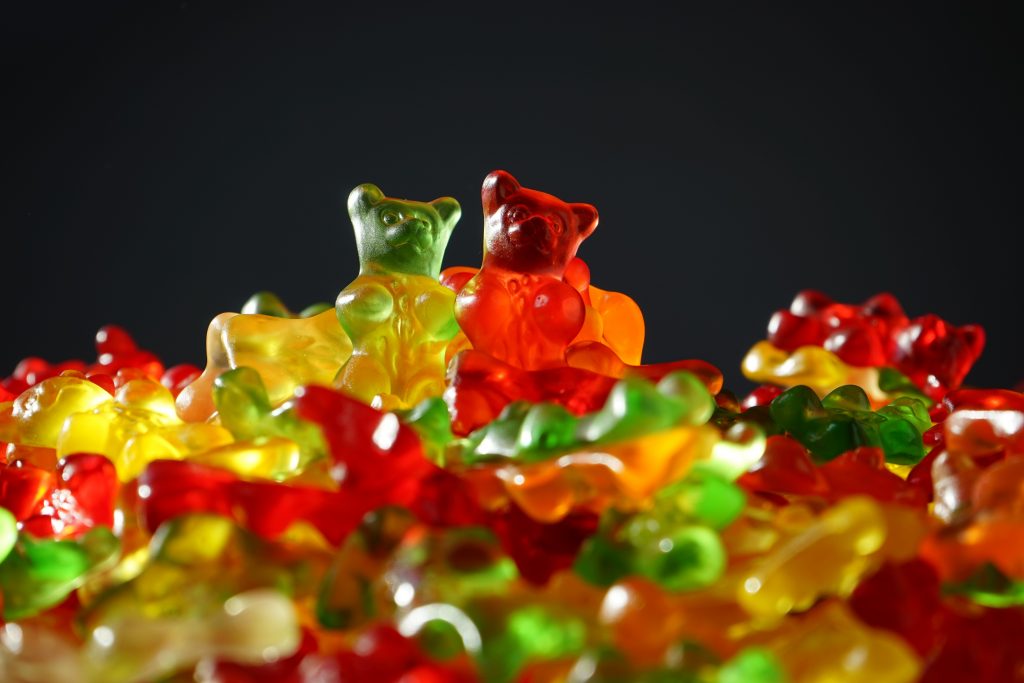 When you put the words “German” and “bear” together – what do you get? Haribo bear gummies! Or rather, Haribo Goldbären.

Gummy bears aside, there are other cute bear-esque terms used in Germany like “bärchen” – a term of endearment that translates to “little bear” or “magic mouse”. 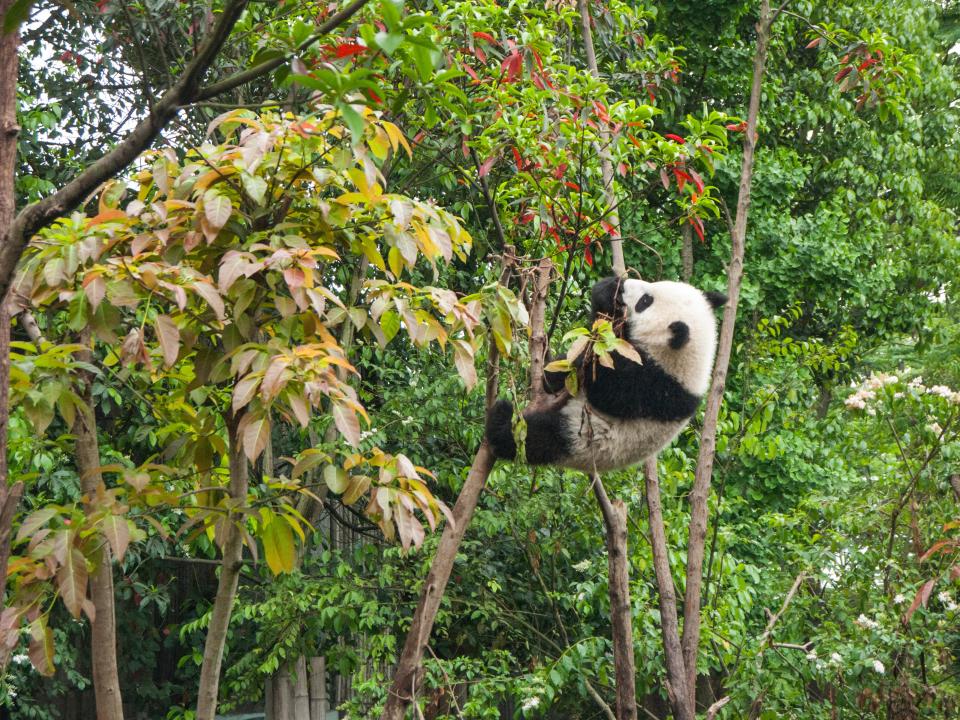 The bear is not often depicted on Chinese charms and amulets. In fact, it didn’t even make it on to the Chinese Zodiac, but it’s still a creature that represents Yang energy: strength, masculinity, power, domination, and authority.

It is also thought to invoke fear in evil spirits. 熊 or “xióng” in the Chinese Romanized alphabet called Pinyin, is perhaps most famously associated with the 熊猫 or xióng māo (Panda bear).

“Dà xióng māo” literally means ‘big bear cat’ – which sounds like an awesome creature without even having to have seen what a Panda looks like.

Did you know Pandas, once thought to have magical powers, were kept as pets by the early Chinese Emperors?

If you’re one of those people who prepares for a travel adventure by learning every swear word and/or insult in each language of the places you’re visiting, this one’s for you.

In Turkey, “ayı” or “ayı mısın” is widely used as an insult for people who are rude, obnoxious or rough and are acting bear-like, and the Turkish people have a whole range of insulting idioms and proverbs using “ayı” to boot. 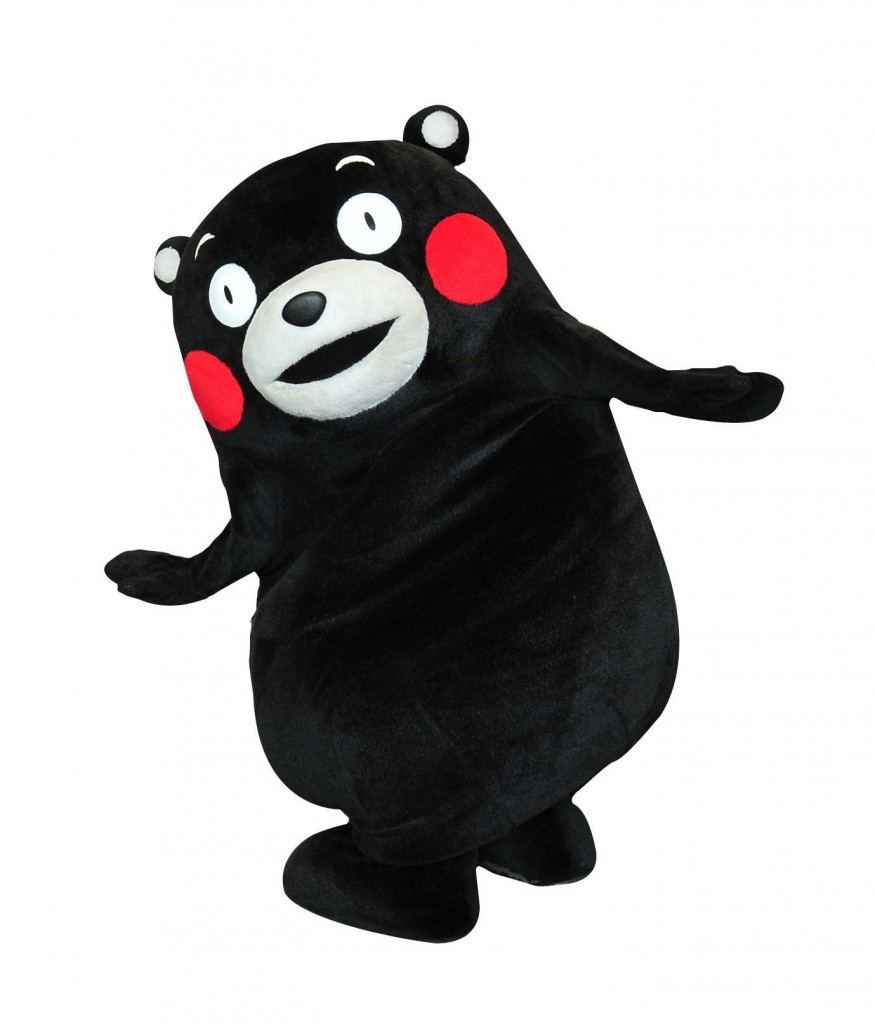 While many other animals are gods in Japanese culture, the bear is the top-dog (or top-god, rather). They would worship bears by eating their flesh and drinking their blood as part of a religious festival.

Of course, Japan, the king of cute-ifying things, has a handful of different cute bear-related terms like こぐま or “koguma” which translates to baby bear, or 飼い熊 “kai-guma” which means “pet bear.”

くまさん or “kuma-san” is a bear-term commonly used as a nickname for big, burly men. 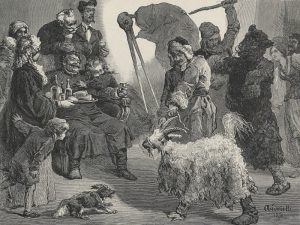 In Ukraine, “Мiшка” is used as a gentle and sweet word reserved for someone you love very much. Separately, bears used to be given vodka and made to dance as a means of entertainment at local hotels and restaurants. Thus, the term “Vodka Bears” was born in reference to the lolling, inebriated beasts.

There’s also a holiday in Ukraine called Malanka that includes bear costumes, bear dancing and bear doughnuts. It’s one of the country’s oldest, happiest, and most vibrant days. Locals bedazzle themselves in elaborate homemade costumes depicting bears, gypsies, goats, and nurses, and parade from house to house singing carols, acting out skits, and pulling practical jokes.

Some of the bear costumes are so enormous and stacked with decorations that the wearers have to be sewn into them.

We Can Help With Translation Double Meanings

There you have it folks. Not only do you have a whole array of bear-esque sayings and tidbits to impress your friends and family, but you also have some insight into how delicate the translation and app localization process can be.

TunnelBear’s mascot, for example, can easily lose its intended meaning (to be cute, open, and friendly) to the preconceived connotations already instilled in these different languages and cultures.

Simply sticking a sentence into Google Translate isn’t going to do the trick if you want your brand identity to translate across different geographic regions.

Don’t lose potential customers because of translation double meanings. Contact us today to get the best localization solutions.